Celsius Crypto Mining Equipment to Be Shut Down by Core Scientific 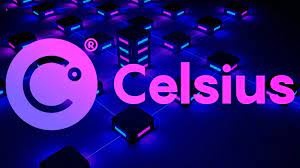 After moving to reject its contract in recent days, bitcoin miner Core Scientific (CORZ) will shut down mining equipment connected to Celsius Mining, Core’s largest client with over 37,000 units.

Judge David R. Jones of Core’s bankruptcy declared during a hearing on Tuesday that the move to reject doesn’t contravene the property’s automatic stay (under U.S. bankruptcy law, once a petition for a Chapter 11 bankruptcy is filed, creditors are no longer able to collect debts from the bankrupt debtor, and Core is likely a Celsius creditor given their dispute over unpaid dues). Jones also referred to Celsius’ objection as a “strategic” move whereby Celsius is attempting to “take advantage” of the bankruptcy judge in its own case without allowing the judge to express his concerns.

Both businesses are filing for Chapter 11 bankruptcy: Along with its parent firm Celsius Network, Celsius Mining registered on July 13, 2022, while Core did so on December 21. Regarding their contract, the two businesses have been involved in continuous lawsuit. Core alleges that Celsius is failing to pay its fair share, while Celsius responds that Core unilaterally increased its electricity rate in violation of the terms of their services contract.

Core Scientific said it is losing around $2 million in additional revenue every month when it sought the Southern District of Texas bankruptcy court to reject Celsius Mining’s contracts on December 28, 2022. The company claimed in the petition that if Core Scientific were freed from having to host Celsius Mining’s machines, it could make $2 million per month by either finding new clients or by using the space for its own equipment.

In its response, Celsius stated that while it agreed with cancelling the contracts and returning its equipment, it disagreed with Core Scientific’s rashness. In its response to the request, Celsius Mining said on Jan. 2, “This supposed ’emergency’ is completely of Core’s own making and does not deserve a hearing with just two working days’ notice.” Before it can properly reply to Core’s request, Celsius will need to speak with its own lenders, something it claims it can’t do in two working days. Thus, Celsius wished to postpone the hearing until January 23.

On January 3, Core Scientific requested a hearing, noting the urgency of the situation, which it claims is costing it $28,840 per day in power expenditures.

Celsius added that the mining rigs in question are subject to the jurisdiction of the bankruptcy court for the Southern District of New York (SDNY), where Celsius’ case is now being handled, and that the request to reject violates the automatic stay on Celsius’ estate.

According to Celsius’s protest, it was willing to have its mining equipment’ electricity switched off on January 3, which would prevent them from producing any bitcoin.

“We’ve agreed that they can cut off our rigs effective today, and that they don’t get to charge us, we don’t continue to pay for it,” Celsius attorney Chris Koenig of the Kirkland & Ellis law firm said in the court on Tuesday. The only thing left to do is to work out a transition strategy. Attorneys for the parties were given time by Judge Jones to create an agreed-upon proposed order, which he promised to announce by Tuesday afternoon no matter whether he signed it or not. No proposed or signed orders were accessible in PACER, a federal court database system, as of 7:30 p.m. ET (half past midnight UTC).

While Koenig did not immediately return a voicemail, Core Scientific’s lawyer Alfredo Perez hung up on a CoinDesk reporter. With more than 37,000 machines hosted in its facilities, Celsius is not only one of Core’s largest customers but also one of its largest secured noteholders, holding $54 million worth of secured convertible notes, or 10% of the total issuance, according to Kirkland & Ellis attorney Chris Koenig, who is representing Celsius in Core’s bankruptcy case.

In addition to trying to increase Celsius’ hosting cost in violation of their contract, Core also prevented Celsius from participating in an Ad Hoc committee of secured convertible noteholders who were in talks with Core to restructure debt, citing the ongoing litigation.