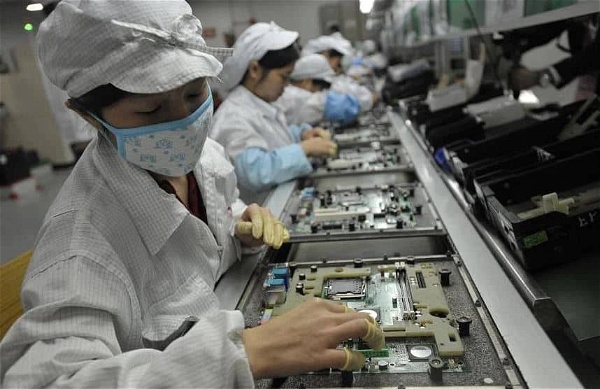 Hunan Province’s capital city, known as “iPhone City,” transferred 870 workers to a center about 230 miles away in a neighboring province without giving them advance notice of the measure to curb Covid’s transfer.

Zhengzhou, home to Apple Inc.’s most prominent iPhone factory, gained global notoriety after videos surfaced on social media of hundreds of workers in violent clashes sparked by anger over unpaid wages and concerns about viral infections.

The workers were transported early Friday to Xuzhou in Jiangsu province “without prior communication,” the city’s authorities said in a statement Saturday on their official WeChat account. It did not say whether any of the people had tested positive.

The people were all former employees of a “key enterprise” in Zhengzhou’s airport economic zone, the statement added, without saying which enterprise. A Foxconn representative did not respond to questions Saturday outside business hours.

According to the Xuzhou city statement, most have since been transferred to other locations through a so-called closed arrangement. The rest were placed in another pandemic bubble system that restricts contact with the outside world.

Zhengzhou earlier this week announced a lockdown of critical urban areas for five days as local officials tried to quell the disease outbreak.

Although the district where Foxconn is located is not under so-called “mobility controls,” the iPhone factory is in an area already classified as high risk, meaning closure restrictions remain in place.

According to Xuzhou, local Covid risks are manageable and citizens must now present a negative test result within 48 hours to enter public places, compared to 72 hours previously.