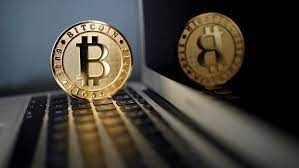 According to a filing with the U.S. Securities and Exchange Commission made on Thursday, investment juggernaut BlackRock (BLK) has pledged $17 million to bankrupt bitcoin miner Core Scientific (CORZ) as part of a fresh $75 million loan from the miner’s secured convertible note holders.

The largest miner in terms of computer power, Core Scientific, filed for Chapter 11 on December 21. The decision was made at a time when miners generally were feeling the pinch due to high electricity costs and low bitcoin (BTC) pricing. In two debtor-in-possession (DIP) facilities totaling up to $75 million, Core said it anticipates help from some of the holders of its convertible notes.

According to FactSet statistics, BlackRock is the largest shareholder in Core Scientific and as of Wednesday, it had $37.9 million in secured convertible notes. According to the petition, the most recent $17 million is a component of the new $75 million convertible notes that are a part of Core’s scheduled bankruptcy process. An agreement between the debtor and its creditors is reached in a planned bankruptcy before the case is formally filed.

The holders of the secured debt convertible notes will get equity under the restructuring plan. According to the company’s chief mining officer, Russell Cann, the current equity and unsecured investors will receive warrants so that when the business grows, they will receive more shares.

On Friday afternoon, Core Scientific shares were exchanged for 8 cents.

Out of the $75 million total, the lenders have already given the miner $57 million, including the latest loan from BlackRock. According to the latest filing, the DIP facility has terms to extend through June 21, 2023, with a maturity date of that date.

Late in October, Core announced it would stop making some debt payments and issued its first bankruptcy warning, which caused its shares to drop by roughly 80% on the Nasdaq. It stated once more in November that it might not have enough cash by the end of the year. Another significant mining company, Compute North, filed for Chapter 11 bankruptcy in late September. Argo Blockchain (ARBK), a cryptocurrency miner, almost escaped bankruptcy this week thanks to a $100 million bailout from Mike Novogratz’s Galaxy Digital.

A select few of the TradFi behemoths made investments in bitcoin miners during the bull run because shares of publicly traded miners provided a quicker way to gain exposure to the industry than buying bitcoin directly in the face of uncertain regulations. These companies include BlackRock, Vanguard, and Fidelity.