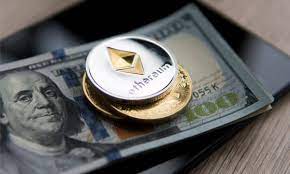 One thing the United States cannot do is relinquish control of the international scene if it is to continue to exercise economic and political leadership in the twenty-first century.

Rep. Josh Gottheimer (D-NJ), chair of the Subcommittee on National Security, International Development, and Monetary Policy, described payment systems as “the lifeblood of the financial sector” and cautioned that “allies and adversaries alike are taking critical steps to de-dollarize their economies, to develop new methods to facilitate cross-border money transfers, and to control the plumbing of global finance.”

That was the main takeaway from a hearing held by the House Financial Services Committee on the effects of the expanding use of alternative payment systems on national security on September 20.

He continued, “As a result, in the next years, the governance and influence of the payment industry will define global leadership in the 21st century.”

There are more APEs

Cryptocurrencies and central bank digital currencies (CBDCs)—most notably China’s e-CNY, or digital yuan, and the U.S. digital dollar—were the main topics of debate at the hearing.

However, it would be incorrect to believe that those are the only alternative payments ecosystems (APEs), according to Scott Dueweke, a fellow at the Wilson Center, a non-profit research tank.

In addition to well-known systems like PayPal and Western Union, there are also popular alternatives in Russia like WebMoney and Perfect Money, China’s WeChat Pay and AliPay, which have a combined market value of over $45 trillion, mobile payment systems, remittance systems, and stored-value card systems.

Dueweke warned that concentrating just on cryptocurrencies runs the risk of underestimating this globally expanding ecosystem. “I classify this as an ecosystem since they are all connected by hundreds of virtual currency exchanges, converting one alternative payment method for another and another, or from fiat to and from fiat,” frequently with anonymity or weak to nonexistent know your customer (KYC) procedures. A growing and competent collection of interconnected non-bank financial channels that may or may not ever touch the traditional financial system are provided by APEs, which have “exploded in popularity and viability, being knitted into the worldwide social fabric,” according to Dueweke.

He continued, “as Chinese and Russian new payment systems bypass SWIFT and other Western-dominated financial backbones [that are] no longer the domain of FinTech startups or just limited to cryptocurrencies,” the ground beneath that bank-centric financial system is shifting beneath it, allowing nation states to play “the Great Game on this new terrain.” Despite this, Dueweke still referred to CBDCs as the largest danger to American financial dominance.

He warned the subcommittee that there would soon “be a serious financial and national security problem beyond your power to govern” if China, alone or in conjunction with [Brazil, Russia, and India], was able to integrate their non-crypto virtual currencies with a workable CBDC. Because China can “undercut the supremacy of the dollar” in this area, progress on a CBDC is “particularly essential” for the U.S., according to Carla Norrlöf, a senior fellow at the Atlantic Council who focuses on the intersection of economics and geopolitics.

The U.S. does not currently require a digital dollar, she continued, as China is not yet prepared to compete. But for the Chinese to come even close to where the United States is now, Norrlöf added, “it is extremely important to have a central bank digital currency.”

Included in the Solution Cryptocurrencies can be a part of the solution, not the issue, according to Jonathan Levin, co-founder of the blockchain data company Chainalysis.