Despite faltering prices, institutional interest in cryptocurrencies is still increasing 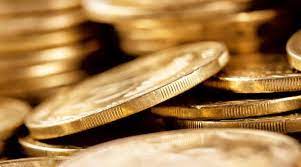 As some of the biggest investment firms in the world spend more money into sponsoring cryptocurrency projects, institutional interest in cryptocurrencies is continuing to grow at an unprecedented rate.

One of Japan’s biggest investment banks, Nomura Holdings, is the most recent company to enter the cryptocurrency market by establishing a new venture capital business that would concentrate on digital assets.

Laser Digital will offer institutional clients and investors goods and services related to cryptocurrencies, stablecoins, DeFi, NFTs, and other tokens, according to Nomura, which initially announced its ambitions to establish the unit in May. Laser Digital Holdings AG, the bank’s holding company for its cryptocurrency operations, was established in Switzerland.

C Ventures has made investments in Animoca Brands, RTFKT Studios, and Matrixport, among other companies. According to Cheng, the company’s hedge fund strategy mostly focuses on cryptocurrency trading, and it has rejected proposals from angel funds or startups due to their high valuations and limited upsides.

In addition to the new cryptocurrency fund, C Ventures will invest $300 million over the next 18 months in private equity and private credit strategies.

By entering the market when prices are at their lowest points in more than a year, it appears that C Ventures adheres to Warren Buffet’s maxim to “Be frightened when others are greedy and greedy when others are fearful.” Ben Cheng declared, “We’re on the offence when people are on defensive. He continued, saying that traditionally, such a setting “will produce the best result,” and that he anticipates a recovery in another 6 to 9 months.

Cheng claims that after doubling last year, the value of the company’s current cryptocurrency investments climbed by 40% in the first half of this year.