Despite posting a profit, Amazon’s sales fell short of expectations 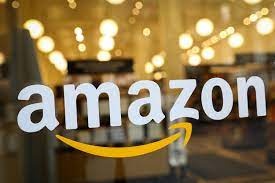 After two consecutive quarters of losses, Amazon made a profit over the summer, but due to weaker-than-expected revenue and unimpressive forecasts for the current quarter, its stock price plunged in after-hours trade.

However, those figures fell short of the expectations of FactSet’s experts, who had predicted third-quarter sales of $127.4 billion.

Amazon’s Prime Day, a significant sales event for dues-paying Prime members that was moved back to July this year from June the year before, helped the business record revenue for the three months that ended September 30 of $127.1 billion on Thursday. Because of this, Amazon’s revenue increased by 15% over the previous year, which is an improvement over the previous two quarters, when revenue only climbed by 7%, the weakest rate in almost two decades.

According to Amazon, it anticipates fourth-quarter revenue to be between $140 billion and $148 billion, up between 2% and 8% over the same period the previous year. The corporation stated that the guideline accounts for a negative effect from changes in foreign exchange rates. Analysts projected revenue of $155.1 billion.

In a media call, Amazon’s chief financial officer, Brian Olsavsky, stated that “people’s budgets are tight, inflation is still high, and energy costs are an additional layer on top of that.” “We are geared up for what may be a time of slower growth.”

To clear up their inventories and entice consumers who are on a tight budget and are coping with high inflation, businesses are providing more offers as a result of their overall trepidation about the holiday shopping season.

Early this month, Amazon and other merchants began their holiday sales, and for the second consecutive year, they provided substantial discounts to their Prime customers. However, the Seattle-based company’s dismal fourth-quarter projection suggests that it anticipates things to get more difficult, according to Neil Saunders, managing director at GlobalData Retail.

According to Saunders, “this negative mood eclipses the present trading figures.” The titan of e-commerce reported third-quarter earnings of $2.9 billion, or 28 cents per share. These figures nevertheless show a 9% reduction from the same time last year. Additionally, a $1.1 billion pre-tax profit from Amazon’s investment in the electric vehicle startup Rivian Automotive helped. Amazon’s operational income, which calculates revenue after costs are deducted, decreased by about 50 percent.

The results of the retail behemoth this week mirror those of other businesses as the economy becomes more challenging to navigate due to high inflation and rising interest rates. As advertisers cut down on their spending due to concerns about a looming recession on Tuesday, Alphabet, the parent firm of Google and YouTube, fell short of revenue projections. Amidst slow computer sales, Microsoft reported a decline in profitability.

And Meta, the corporation that owns Facebook and Instagram, reported a fall in revenue for a second straight quarter due to a slump in its own advertising and worries that it may be overspending on its concept of a metaverse. TikTok is posing a greater threat to both YouTube and Meta. Amazon says its own advertising company surged by 25% in the third quarter, bucking the general trend. Another profitable division of its, the AWS cloud business, brought in $20.5 billion, a 27% increase from the previous year. But it has also slowed down in growth.

The revenue from online purchases increased 7% thanks to Prime Day. However, Amazon’s retail operation, which was expanding quickly in the early days of the pandemic, has slowed down significantly since then, forcing the corporation to sublet, postpone, or cancel the opening of various warehouses across the nation. Additionally, the corporation has frozen recruiting on the corporate end of its retail business in order to reduce expenses. These programmes include Amazon Care and the online retailer fabric.com.

Olsavsky declared, “Like most businesses, we’re going to be very careful in our recruiting.