- Advertisment -
HomeNewsBusinessDespite the collapse of play-to-earn gaming in 2022, poll data indicates that...
NewsBusinessCryptocurrency

Despite the collapse of play-to-earn gaming in 2022, poll data indicates that interest still high 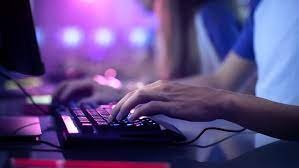 During the 2021 cryptocurrency bull market, play-to-earn (P2E) and blockchain gaming had a surge in popularity. However, the sector has been severely damaged by the crypto winter, which has been made worse by a couple of high-profile failures, obliterating the values of the top P2E firms.

However, a recent survey by ZEBEDEE, a prominent payment processor for the gaming sector, suggests that the demise of P2E may be overstated because most players are interested in prospects to earn cryptocurrency as compensation for playtime.

Many have started to speculate that the P2E and gaming sectors were just taking advantage of bull market conditions as a result of the decline in valuations, and that the long-term picture is gloomy due to low adoption rates.

According to the poll, which was conducted among more than 1,000 Americans who play video games for at least an hour per week, 67% of participants said they would be more willing to play free games if they offered the chance to earn cryptocurrency as a prize.

Additionally, it discovered that older tokens like Bitcoin were more popular among players than newer tokens and NFTs. “Bitcoin (27%) is five times more appealing to gamers than NFTs (5%). This shows that by concentrating exclusively on NFT rewards, the gaming industry is doing it wrong “says the research.

The survey’s objective was to determine how gamers felt about the incorporation of cryptocurrencies, NFTs, and blockchain technologies into video games. The majority of American gamers support or are agnostic toward web3 technologies that allow in-game items to be traded or sold to other players, according to the survey’s overall findings.

“Despite the majority of industry attention being concentrated on NFTs, we observed that when contrasted against other cryptocurrencies, including NFTs, Bitcoin stands out as the most popular decentralised asset among gamers,” stated Ben Cousens, Chief Strategy Officer at ZEBEDEE.

Although the majority of respondents (55%) said they don’t currently hold any cryptocurrencies,

The most popular cryptocurrency among individuals who HODL is Bitcoin (25%) followed by Ethereum (18%) and Dogecoin (14%). The majority of respondents—nearly half (45%)—thought that the video game business would benefit from making it simple for players to buy and sell virtual goods. Comparatively, 23% of respondents claimed it would have a negative effect, while 32% were undecided. Only 10% of people voiced opposition to the incorporation of Web3 technology into games.

Given that 64% of respondents claimed they had never played P2E games with financial incentives, the survey’s findings suggest that there is significant space for expansion in the P2E sector among current gamers. Additionally, 38% of American gamers claimed to know nothing about blockchain, NFT, or cryptocurrency technologies used in gaming, indicating that there is still work to be done in this area. It’s interesting to note that gamers that play more frequently are more likely to be familiar with web3 technologies and to own bitcoins.

The researcher concluded, “The results imply that gamers are generally more amenable to having these technologies integrated into games, which creates an opportunity for the industry to educate, engage, and attract new gamers to the Play-and-Earn ecosystem. In the ZEBEDEE Blockchain Gaming Survey, which was performed in late September 2022, 1,041 Americans who regularly play video games provided feedback.