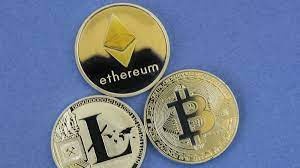 Elon Musk has claimed that Sam Bankman-Fried, the CEO of the defunct crypto exchange FTX, donated more than $1 billion to the Democratic Party.

Bankman-Fried transferred assets supporting their platform’s native token FTT to Alameda Research, the crypto exchange’s sister company. Because the money were used for trading, FTX was forced to declare bankruptcy due to a shortage of funds.

Elon Musk remarked this in response to a tweet from someone who said that Sam Bankman-Fried got off the hook by donating large quantities of money to the ruling party’s political campaigns.

To add to the confusion, layoffs have now hit the cryptocurrency business.

The crypto winter began in November, when Bitcoin began to fall, and the industry has been hit with a slew of blows this year, including the demise of stablecoins and the failure of exchanges.

Bybit has announced massive layoffs for the second time in 2022. Bybit co-founder and CEO Ben Zhou announced a reorganisation plan that includes a significant reduction in personnel.

The ‘planned downsizing’ will have far-reaching consequences for employees.