Home » News » Entertainment » Details of Prince Philip’s funeral have been revealed, including how he helped plan some things
Entertainment

Details of Prince Philip’s funeral have been revealed, including how he helped plan some things

Details of Prince Philip’s funeral have been revealed, including how he helped plan some things

Details of Prince Philip’s funeral have come to light following the royal’s death at the age of 99.

Philip died on Friday (April 9) and will be buried on Saturday (April 17) at Windsor Castle.

The Duke of Edinburgh was instrumental in planning his funeral, a source told Associated press. He wanted the funeral to focus on the family and he even helped design a modified Land Rover that will carry his casket.

A palace spokesperson said: ‘Although ceremonial arrangements are reduced, the occasion will continue to celebrate and recognize the life of the Duke and his more than 70 years of service to the Queen, the United Kingdom and the Commonwealth . 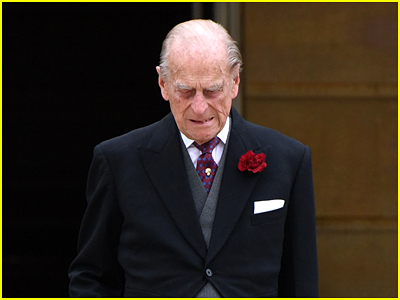 The palace source confirmed that only 30 people will be allowed to attend the funeral due to COVID-19 protocols, although it is not known whether guests will be required to wear masks.

The public is encouraged to stay at home and not to show up at Windsor Castle.

“While there is sadness that the public cannot physically participate in events commemorating the life of the Duke, the Royal Family ask anyone wishing to express their condolences to do so in the safest way possible and not visiting Windsor or any of the other royal palaces to pay homage to them, ”the palace spokesperson said. “The wish of the family is really that people continue to follow the guidelines to protect themselves and others.”

A source explained why Meghan Markle will not be attending, even though Prince Harry will travel to England to attend.

US warns China over moves on Philippines | 24 Oras

Fairs, music and sports: 5 things to do in Frisco in May and June

Country-by-Country Report for the year