Gisele Bundchen has hinted that she is ready for Tom Brady to retire after winning his 7th Super Bowl. He revealed exactly what she told him after the victory in a new interview.

Tom brady spoke about off-season life in his first interview since winning the Super Bowl in February. By chatting with James corden On The Late Late Show, Tom shared some behind-the-scenes information on his celebration on the pitch after winning the big game with his team, the Tampa Bay Buccaneers. “It’s a great moment, obviously, and the culmination of many months of everyone’s work,” said Tom. “I look for my family and I see my oldest son running towards me, I give him a big hug. I saw my two little ones. Then all of a sudden I saw my wife [Gisele Bundchen], and I gave her a big hug and just like I did, she said, ‘What else do you have to prove?’

Gisele, of course, was referring to the fact that Tom was able to win his SEVENTH Super Bowl at age 43. On top of that, he did so in his first season with a brand new team after playing for the New England Patriots for 20 years. Fans have wondered for years if Tom would be ready to retire anytime soon, and it seems even Gisele is okay with the possibility.

However, Tom is not going anywhere. After the Super Bowl, he confirmed he would be back for another season, and he told James how he avoided the retirement discussion with his wife. “I just gave her a big hug,” he laughs. “I was trying to find a way to change the subject very quickly. I think I moved on very quickly.

In the end, however, Gisele did nothing other than support her husband. “She’s the best supporter, she’s been amazing,” Tom gushed. “I think for me it’s a whole different life [after football season]. There is a seasonal mode for getting up early, playing football. Then all of a sudden it literally stops. So I get to know the dishwasher and where the broom is [now]! “ 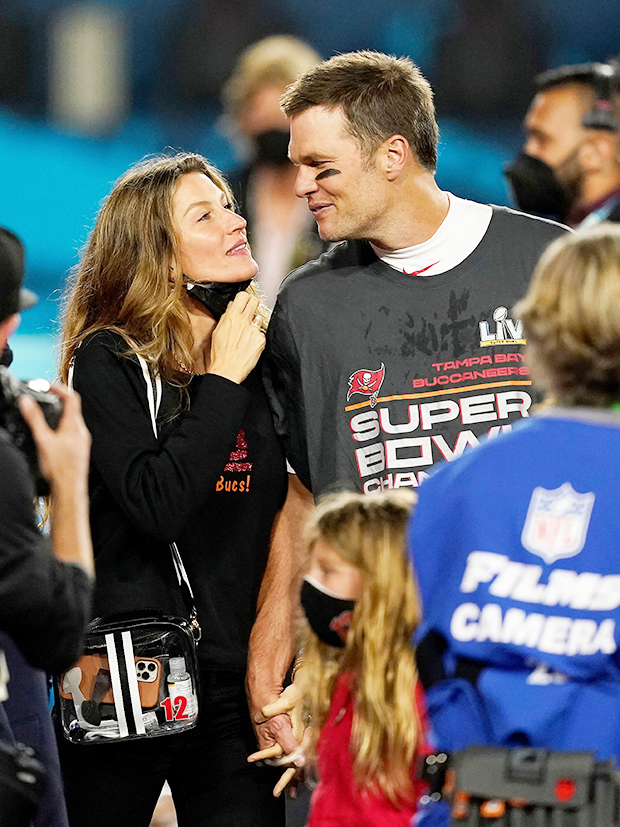 Tom also joked about the Bucs’ victory boat parade, where he threw the (very expensive) Lombardi Trophy through the water at one of his teammates. “I wasn’t thinking then,” Tom joked. “I was just… that sounds really fun to do!” When you get your hands on one of these trophies, there are a lot of really sharp edges on the bottom. I later found out that if it had been an incomplete pass it would have come down, about 80 feet. Fortunately, the trophy has been successfully caught!

I have the skills to bat in tough situations: Shahrukh Khan

Michael B. Jordan sizzles in shirtless photo as he takes a dip in St. Barthelemy – See Photo

Mashburn Jr. and Richard Pitino to meet in New Mexico