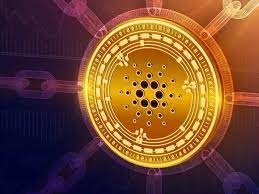 A broad recovery over the past 24 hours resulted in the liquidation of about $200 million in shorts, or bets against price increases, which caught traders who were banking on a market-wide collapse off guard.

Out of all the main cryptocurrencies, ether-tracked futures had the greatest liquidations ($110 million in both short and long terms). Following choppy trading on Wednesday, avalanche (AVAX) and gala (GALA) each suffered losses of $4.5 million, while bitcoin futures saw liquidations of $77 million.

The sum was added to the more than $150 million in short positions that were closed out earlier this week when cryptocurrencies like XRP and solana (SOL) gained up to 20% and bitcoin and ether crossed key resistance levels. Data from CoinGlass reveals that similar levels of liquidation on short transactions haven’t been observed since October.

With nearly $128 million in liquidations, the cryptocurrency exchange OKX received the largest part, followed by Binance with $42 million. According to data from CoinGecko, the market capitalization increased overall due to the price jump by almost 3.5% over the previous day.

A big breakout above $18,000 for bitcoin is seen by crypto funds like QCP Capital as a crucial sign of a recovery; the next such level is $28,000. The fund stated in a Telegram broadcast last week that “despite the mini-rally, BTC is still trading in an extremely tight falling wedge, with $18,000 the crucial breakout level to the topside.”

After crossing the mark on Wednesday for the tenth time in 12 days, Bitcoin surged past $18,000 on Thursday. In the last day, ether increased over $1,400 to gain 4.5%, while cardano (ADA) initially gained up to 5% before losing ground.

ETH is still clearly more optimistic than BTC, despite the fact that it is also currently trading within a consolidation pattern, according to QCP.

In technical analysis, consolidation describes an asset’s oscillation between a well defined pattern of trading levels. Market indecision that lasts until the asset’s price moves above or below the trading pattern is commonly understood as consolidation.