- Advertisment -
HomeNewsBusinessFerrari from Ferris Bueller sold at auction for $337K, although it is...
NewsBusiness

Ferrari from Ferris Bueller sold at auction for $337K, although it is inoperable 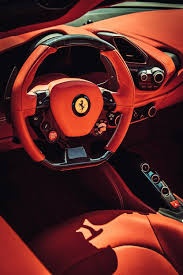 The beloved 1986 movie Ferris Bueller’s Day Off features a memorable moment in which his father’s prized 1961 Ferrari 250 GT California Spyder unintentionally smashes through a garage window and plunges into the forest below.

The only problem was that it wasn’t actually a Ferrari; rather, it was a 1985 “replicar” created by Modena Design and Development.

A 1961 California Spyder sells for millions of dollars, so the $337,000 that the same vehicle recently brought at auction seems like a bargain.

The most well-known of three fake Ferraris created for the movie, the accident vehicle was one of them. Although the red sports car resembles the classic California Spyder in appearance, it is immobile. The vehicle is also a bit of a lemon because it was destroyed for the film and afterwards rebuilt for sale. Motor Trend claims that the automobile has had multiple owners.

Hughes came across Modena Design and Research, a brand-new business that produced Ferrari copies. In total, he ordered three phoney Ferraris for the film. But because the Ferraris’ designs were so precise, Ferrari sued Modena Design and obtained a cease-and-desist order. In 1989, the business went out of business.

According to Hollywood lore, Ferris Bueller director John Hughes wanted the 1961 Ferrari to be a prominent character in the film. But even by the standards of a movie production, throwing a vintage car out a window would have been too expensive.

Chewbacchus brings the crowds and business back to St Claude Avenue