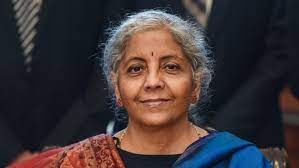 The Supplementary Demand for Grants, the first batch for 2022–2023, was approved by the Rajya Sabha on Wednesday. Union Finance Minister Nirmala Sitharaman assured the House that the gross additional expenditure, which amounts to about Rs. 4.36 lakh crore, will not change the government’s borrowing strategy. As some of the money will be recovered by savings of Ministries and Departments or enhanced receipts totaling more than Rs 1.10 lakh crore, it will result in a net cash outlay of over Rs 3.25 lakh crore. In response to the discussion, Sitharaman stated that further grant requests were made for the sake of ensuring food security, meeting the country’s need for fertiliser, and bolstering the Indian economy.

The largest portion of the subsidy, Rs 1.09 lakh crore, will go into fertiliser.

In response to the discussion, Sitharaman stated that further grant requests were made for the sake of ensuring food security, meeting the country’s need for fertiliser, and bolstering the Indian economy.

In response to the conversation, Sitharaman challenged claims that the economy was in peril made by P Chidambaram, Raghav Chaddha, Manoj Jha, John Brittas, and others. The Minister made the point that the major economies of the world were entering a recession as a result of the measures they adopted during the Covid crises, when there was a tendency to distribute financial handouts. India used a focused strategy that regained growth without entering a recession.

She claimed that the wholesale price index had dropped to 5.8 percent, the lowest level in the previous 21 months, and that inflation was continuing to decline. In this regard, she stated, “We are keeping a careful check on inflation that is completely external now due to gasoline and fertiliser prices.”

The Minister acknowledged that, unlike the previous two occasions, it will be challenging to double the GDP in ten years. This was as a result of a full year of Covid, during which the economy decelerated. On the other side, Sitharaman emphasised that India has frequently been referred to as a bright spot in the world economy by the World Bank and the IMF.

Regarding giveaways, the Minister asserted that there is “no discussion over it” if there is openness and no fiscal laws have been broken. Newspapers, however, draw attention to the fact that one state government struggles to make payroll on time. She speculated, “Perhaps it’s because money is being spent on giving out advertisements all around the nation and the state government is still unable to pay salaries.