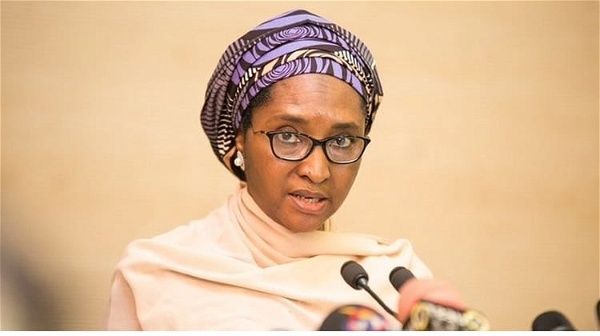 The Federal Government is borrowing money to pay for gasoline subsidies, according to Mrs. Zainab Ahmed, Minister of Finance, Budget, and National Planning, who insisted that the subsidy system has completely run its course.

She stated that the 18-month extension announced in early 2022 will allow the gasoline subsidy to “stay up to mid-2023.” Only N3.36 trillion has been allocated in this regard for the PMS subsidy.

At the public presentation of the 2023 budget’s specifics in Abuja, Ahmed revealed this and said: “Fuel subsidy cost was a very significant one; We have been supporting it from borrowing.”

The administration of President Muhammadu Buhari first stated that subsidies would stop in July 2022, but it later reversed course after labour threatened to hold statewide rallies.

The reconciliation process between the ministry and the Nigerian National Petroleum Company Limited, or NNPCL, to ascertain crude oil income and what should go into the federation account is still ongoing, according to the minister.

The government was reportedly forced to announce an extension of the subsidy regime to expire in June this year, one month after leaving office, after party members and some administration officials persuaded President Buhari that the decision will negatively affect his public rating and that of the ruling party.

She stated that her team would consult with the National Assembly (NASS) on the persistent differences between the two branches of government about the contentious securitization of the N22.7 trillion borrowed from the Central Bank of Nigeria, CBN, by Ways & Means.

The act of consolidating debt from one or more sources into a single instrument that can be sold to investors is known as debt securitization.

As interest on the Ways & Means could increase to N2 trillion this year from N1.2 trillion if nothing was done, the minister said that the decision to securitize the debt was made to lighten the burden on the Federal Government. “If effectively securitized, interest on the Ways & Means would decrease to roughly 9%,” she noted, compared to the present interest rate of MPR+3% (19.5%).

Regarding the macroeconomic situation, she claimed that the economy had been fully diversified, with oil revenue expected to only contribute N2.29 trillion (or 22% of total revenue) to the budget in the current fiscal year. “Overall, 22% of predicted revenues are likely to come from sources related to oil, while 78% will come from sources unrelated to oil,” she stated. This demonstrates that the economy of this nation is totally diversified.

Non-oil taxes are predicted to generate N2.43 trillion in revenue, N2.62 trillion in independent federal government receipts, and N762 billion in other receipts. The Minister revealed that the Federal Government is awaiting the results of inquiries into allegations that the Central Bank of Nigeria has significant amounts of Stamp Duty funds in its account.

Mrs. Ahmed claimed that investigations had been started into the claims that there were significant amounts of Stamp Duty cash at the Central Bank of Nigeria (CBN) in response to an inquiry, but she did not provide any other information. “There is an investigation being conducted by a committee,” she stated. Additionally, certain security services are conducting some investigations. The results of these studies are something we are eagerly awaiting. If money is made from these investigations, it will help us close the budget gap for 2023.

However, the claims of mismanagement of Stamp Duty funds made against the apex bank have been rejected by the presidency. The accusation was also called ludicrous by Mr. Osita Nwanisobi, Director of Corporate Communications at CBN.