Flood from Nebraska has been appointed to House Financial Services Committee 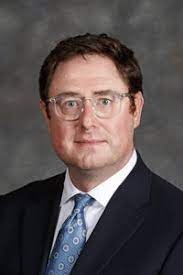 Rep. Mike Flood was chosen on Wednesday to represent the Republican majority in the new House of Representatives on the House Financial Services Committee.

He noted that while the financial structure of our nation changes to accommodate the digital economy, “there is critical work to be done on this committee to advance and safeguard the economic freedom and well-being of Americans.”

The Republican representative stated that “banking, finance, and insurance are major employment producers throughout the 1st Congressional District.”

After winning a special election in June to serve the final six months of former Rep. Jeff Fortenberry’s tenure, Flood was elected to a full two-year House term in November. Lincoln is located in the first district.

McHenry stated that Flood “makes him a significant addition to our already vibrant team” because of his “effort to promote small firms and boost access to credit.”

I’m excited to work with Chairman (Patrick) McHenry and Nebraska’s banking and insurance industries on a variety of objectives, from the regulation of digital assets to the expansion of ESG, said Flood.

The areas of banking, capital markets, housing, insurance, international finance, money and credit, and urban development are under the purview of the committee.

We have a lot of work to do, according to McHenry. “From oversight of the Biden administration to boosting capital formation opportunities to setting clear rules of the road for digital assets.”