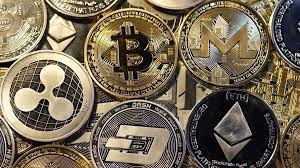 Because of a “poor crypto market,” the major cryptocurrency exchange Kraken has decided to cease operations in Japan for a second time.

The resources required to expand our business in Japan at this moment aren’t warranted due to the weak crypto market globally and the current market conditions in Japan.
Kraken would no longer provide clients in Japan with services through Payward Asia, it continued.

In a blog post published on December 28, Kraken stated that as part of efforts to “prioritise resources” and investments, the company has chosen to stop operating in Japan and deregister with the Financial Services Agency by January 31, 2023. It said:

The exchange that Kraken offers to Japanese users is run by its subsidiary Payward Asia Inc.

The subsidiary made the decision to relaunch in October 2020 with a Tokyo headquarters, offering spot trading on five main assets with future expansion plans. With the conclusion of the second round, Kraken has agreed to permit all impacted customers to withdraw their cash from the exchange by January 31 at the latest.

From 2014 to 2018, the same subsidiary firm operated in Japan before leaving in April 2018 to better concentrate its energies on expansion in “other geographical locations.”

Users can transfer their cryptocurrency assets to an external wallet or convert them to Japanese yen before transferring them to a local bank account. In addition to the mechanism for allowing users to retrieve their staked Ether, which will be disclosed soon, withdrawal restrictions will be eliminated in January.

On January 9, deposits will no longer be possible, although trading will still be possible.

On Nov. 30, Kraken said that, in light of challenging market conditions, it has made one of its “hardest decisions” to reduce its global staff by about 1,100 workers, or 30% of its personnel. Kraken decided to reduce expenses due to reduced trading volumes and fewer client sign-ups, according to the exchange, and these measures were required “to continue the business.”

The most recent announcement also stated that Kraken’s removal from the Japanese market will not materially affect the company’s total business in the Japanese language version.