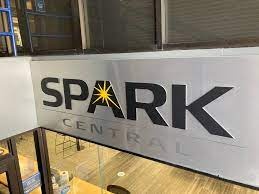 A former city manager for Ann Arbor has a new position with an organisation that receives funding from the city.

In a statement, Krutko said that Tom “brings to the table a depth of leadership, financial, and strategic thinking, and understands the difficulties specific to our firm.” We are certain that Tom will be a strong leader and collaborator in assisting us in achieving our goal of promoting economic growth in our neighbourhood.

With SPARK, the city has a $75,000 yearly agreement for economic development services.

Crawford claimed that although he began in the job in March of last year to offer temporary help, it has turned into a longer-term commitment, hence the announcement from SPARK. He formed Tom Crawford Consulting LLC in 2021 after leaving the city government, and via it, he is working on a contract basis.

Crawford stated in a statement, “I am excited to join this dynamic and inventive firm as the new CFO. “I am eager to contribute my financial knowledge and leadership abilities to the team and aid the organisation in achieving its goals. I’m eager to continue working with the team and contribute to the future development of the business.

Following an investigation into claims Crawford made offensive comments about people’s race, gender, and sexual orientation that hurt the workplace, council decided to fire Crawford along partisan lines in July 2021. Crawford apologised to the community after admitting he made offensive statements and resigned after denying making some of them and providing justifications for others. Crawford “worked on delivering safe and reliable infrastructure, timely and effective services, and a healthy and engaged organisation and constituency” in his job as city administrator, according to the SPARK website. Crawford had previously worked from 1995 to 2004 for the Ford Motor Company.