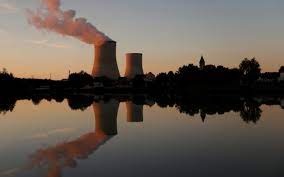 The nation’s ageing nuclear reactors and new electricity plants will be built, according to plans made public by the French government-owned energy company EDF.

The disadvantage is that these workers only supply temporary services.

To fix its fleet, it needs to hire hundreds of expert welders, pipefitters, and boiler manufacturers.

The company is trying to keep the lights on this winter in France and build resilience in the face of Europe’s energy crisis. It is also building the new Hinkley Point C and is the driving force behind the embryonic Sizewell C project in the UK.

Roughly three-quarters of its energy comes from nuclear. There are 56 reactors spread among 18 websites.

According to appearances, France is well-positioned to deal with the shortage of Russian fuel that the continent relied upon prior to the conflict in Ukraine.

However, due to a combination of technical challenges and maintenance, half of its capacity has been offline this year.

After faults in some pipes used to cool reactor cores were discovered, unplanned outages caused by corrosion were proven to be the main issue.

The problems have exacerbated the rise in energy prices across Europe. The UK’s energy company, National Grid, warned on Monday that France would have to import energy this week as it debated whether or not to impose its own first line of defence to keep the lights on in Britain.

Historically, this country has relied on imports from France throughout the winter, and the UK’s neighbor’s energy shortage is aggravating concerns about UK margins. This month, to help with its restoration efforts in France, EDF, which has a reputation for construction delays and cost overruns, had to fly in over 100 staff from the US and Canada.

Its domestic problems are expected to cost it €32 billion (£27.6 billion) in core earnings, and the French government is planning to increase its ownership of the company to 100% from the current 84% to allay growing concerns about its financial stability. The nationalisation occurs as EDF is under obligation to build at least six new-generation reactors across France during the ensuing 25 years.

Over the next seven years, it is predicted that the nuclear industry in the country will need to hire between 10,000 and 15,000 new personnel per year. Over that limit, it must hire 3,000 new workers per year.

Energy consultant EnAppSys’ manager for France, Clement Bouilloux, said: “These are fairly lofty goals. Since the 1970s, there hasn’t been a building drive like that in the nuclear industry.