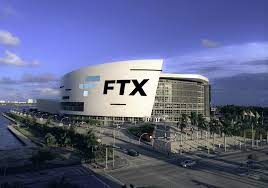 For cryptocurrency owners who had grown a bit too accustomed to having a third party keep their tokens and use them however they saw fit, the collapse of FTX has served as a wake-up call.

Sadly, the events of 2022, beginning with the collapse of Terra/Luna and, more recently, the collapse of FTX, have brought back to mind for crypto holders both new and old the primary motivation for many to invest in cryptocurrencies: the freedom to self-custody their assets.

Anyone who has worked in the crypto industry for a while would speak to the fact that the idea of “not your keys, not your crypto” used to be more commonly spoken and practised. Many hodlers choose to give up control of their crypto in exchange for a little payment due to the rise of cryptocurrency lending and the opportunity to earn a yield on assets held on exchanges.

The general public has learned that their cryptocurrency is safest when it is in a wallet they control, even though there isn’t much that folks who had assets locked up in Terra or FTX can do right now to get their money back other than wait for bankruptcy proceedings to play out.

Similar patterns can be seen in the Ethereum chart, which suggests that self-custody is really experiencing a resurgence throughout the cryptocurrency ecosystem.

Apart from November 17, according to data from CryptoQuant, there have been significant outflows of Bitcoin from cryptocurrency exchanges ever since the FTX drama began in early November.

Data from Finbold, which indicates that between January and October 2022, an estimated 102.06 million crypto wallets were downloaded for Android and iOS smartphones, provide additional evidence for this. Based on the top 21 apps for storing digital currency, this number was calculated.

This number is more than three times larger than any prior year, albeit it is lower than the 177.85 million downloads that took place in the bull market of 2021.

When the data is broken down by month, it is clear that wallet downloads were generally declining from the beginning of the year but briefly increased in May, the month that Terra/Luna failed. A bear market period typically lasts from June through August, during which time traders stay away from the market entirely due to declining valuations.

Although it’s too soon to draw a complete conclusion on the rise in wallet downloads for the month of November, data from Similarweb reveals a pattern that suggests a jump in the usage score for several of the most popular cryptocurrency wallets, including the Exodus wallet and the Enjin wallet. The day before FTX filed for bankruptcy, this surge, which occurred around Nov. 10 for all the charts examined, occurred.

Josef Tetek, a Bitcoin analyst for the maker of cryptocurrency hardware Trezor, offered additional proof of the rush to self-custody cryptocurrencies. The expert mentioned a big increase in Trezor purchases as a result of this year’s turbulent market in a conversation between Kitco Crypto and Tetek.

According to Tetek, there has been a sharp increase in interest in Trezor devices. People are naturally looking for self-custody options as they learn that holding their coins on exchanges like FTX or with custodians like BlockFi can be quite dangerous. The FTX debacle caused crypto values to drop to new lows, while Trezor experienced a surge in sales comparable to what the business experienced during the bull market last year.

Tetek stated that “our sales in the weeks following the FTX fall are comparable to a year ago, when the bitcoin price was fluctuating near its historic highs.” Typically, a bear market is rather quiet for us, so this increase in sales only serves to highlight the significant impact the demise of FTX has had on the public’s mistrust of custodians. There is a good chance that “not your keys, not your crypto” will once again become the mantra of the crypto faithful because the FTX contagion is still spreading throughout the crypto ecosystem, as shown by Monday’s announcement that the crypto lender BlockFi filed for bankruptcy protection, citing its exposure to FTX.

Ted Cruz, US senator, uses snacks to pushes for crypto in Congress