Fund manager for Mobius Capital discloses his downside target for bitcoin, but asserts that digital assets will persist 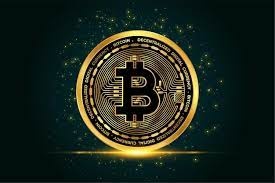 Even though seasoned investor Mark Mobius had predicted that bitcoin (BTC) may fall to the $10,000 mark, he is nevertheless astounded by how well the price of bitcoin “has held up” in the current bear market.

Mobius, a well-known global authority on developing market investments, made it clear that while he is impressed with bitcoin’s success, he would not personally invest in it in an interview with Bloomberg on Monday this week. He added that this applied to both his own money and the money of his clients.

Given how many investors still have faith in it, the renowned investor continued by saying that he thinks bitcoin and cryptocurrencies in general “are here to stay.” He remarked, “It’s astonishing how Bitcoin values have stayed up,” despite the failure of the cryptocurrency exchange FTX.

Bitcoin would reach a low of $10,000, which hasn’t been seen since October 2020, just before the enormous bull run that began later that year and went into 2021. The area marked by the level in the chart is a significant area of support after the market highs in late 2019 and early 2020.

As of press time, the price of bitcoin has remained largely steady since FTX declared bankruptcy on November 11. It is currently trading at just over $17,000.

Mobius, a seasoned sceptic of cryptocurrencies, has previously referred to them as a “religion” rather than an investment. Additionally, he has issued a warning that problems in the cryptocurrency market may extend to other financial markets and eventually cause the US stock market to decline.

Nevertheless, Mobius has previously expressed support for bitcoin. He acknowledged that bitcoin, like all currencies, is founded on faith in 2019 and suggested he would purchase it if acceptance increases.