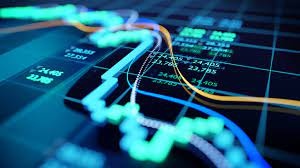 The Sudbury Region Police Museum is relocating from its current headquarters on Brady Street to a more convenient structure in the city centre.

“For instance, we have a communication panel,” the museum’s board chair, Heather Lewis, stated.

At 128 Larch St., the new site is on the ground floor. As the Greater Sudbury Police Service marks 140 years of operation in 2023, the museum charts its growth.

“(We) changed from having an officer who was required to patrol the downtown beat without a radio and report back to the headquarters station every hour.”

According to Lewis, the eight officers who lost their lives in the line of duty as well as the five officers who died while serving in the First and Second World Wars will be memorialised on the wall.

To raise money for a new digital memorial to honour deceased police, the museum is selling calendars. It’s an opportunity for them to consider the contributions they made to society.

But it will also include civilians and officers who died while serving in the military due to illness or PTSD.

Each calendar costs $15. To make a reservation, people can email or call the museum.

Additionally, volunteers will be selling the calendars this weekend at the New Sudbury Centre and the Farmer’s Market at Science North on the following Thursday. The new location on Larch Street is expected to open early in the new year, according to museum representatives.