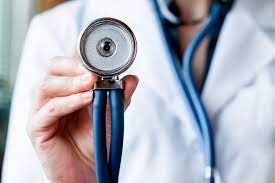 Leading medical professionals and experts argue that while greater government spending for healthcare is necessary, Canada’s system of providing that care also has to reform as the premiers and the federal government continue to spar over funding.

The Canadian Red Cross has lately offered staffing assistance to the Children’s Hospital of Eastern Ontario (CHEO), which is struggling to cope with an increase in hospitalisations brought on by respiratory viruses like influenza, RSV, and COVID-19.

As patients are let down by a lack of doctors and nurses, overcrowded children’s hospitals, and a backlog in necessary but elective surgeries, the issue is currently taking centre stage in national discourse.

The hospital just had its “busiest May, June, July, September, October, and November” in its 50-year history, according to Alex Munter, CEO of CHEO.

Dr. Stephen Freedman, a professor of paediatrics at the University of Calgary, stated that “we are seeing a bigger proportion of children critically ill, needing hospitalisation at a given time in a short period, than we have probably ever seen before.”

An analogous predicament exists at the Alberta Children’s Hospital in Calgary. In order to accommodate the increased demand, it set up a heated trailer next to its emergency department.

“Space to see kids is frequently our largest difficulty in this situation in Calgary right now. Although we’ve begun counselling, they have nowhere to go. therefore they’re trapped in the emergency department for 24, 36 hours.”

Dr. Alika Lafontaine, president of the CMA, stated, “It is like driving around with only $5 in the tank, knowing that winter is approaching, knowing that a day that is minus 30 is right around the corner, but then not changing the approach and idling and then running out of gas.”

According to Dr. Lafontaine, the system will continue to degrade if physicians and nurses continue to experience job-related burnout. The shortage of doctors and nurses in Canada is well-known, and doctors claim that the growing administrative weight they must bear is making the situation worse.

According to the CMA, family doctors work an average of 52 hours each week but only devote 36 of those hours to patient care. Administration and other tasks take up the remainder of their time. Other doctors share the same traits. Although they labour 66 hours a week on average, medical residents only visit 48 patients. Specialists meet patients for just 36 of their more than 53 hours a week of work. Surgeons encounter patients for roughly 46 of their nearly 62 weekly hours of labour.

According to Dr. Rose Zacharias, president of the Ontario Medical Association, “it has nothing to do with their individual resiliency or great capacity or compassion or devotion to patient care, but it’s because we find ourselves in a health-care system that’s dysfunctional.” The administrative burden, according to Dr. Zacharias, has “increased astronomically,” going beyond paperwork to include securing hospital beds and organising emergency transfers.

“The reason why we’re in the situation that we’re in, I think, is because over the past couple of decades we’ve been really focused on cost-cutting as a solution to our health-care problems,” said Dr. Lafontaine. “Provincial and territorial governments have implemented approaches that have really focused on the cost per volume of procedures and appointments and … as a result we’ve lost a lot of the bandwidth that we used to have when it came to spikes in demand.”

A very political debate
While these problems persist, the debate between the premiers and the federal government has been largely about money. Canada’s premiers say the federal government is only paying 22 per cent of the cost of providing health care. They want that boosted to 35 per cent — an increase of $28 billion to the $45.2 billion Canada Health Transfer (CHT) starting this year — and for the CHT to increase by six per cent annually after that.