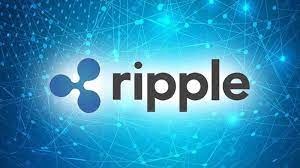 A new cash giveaway programme has been created by RippleX, the Ripple branch in charge of creating the XRP Ledger and assisting ecosystem developers. However, there are clear terms attached to the initiative.

All participants will be eligible to claim the payment after all entries have been taken into account and the idea has been put into practise.

Therefore, the new programme, called XRPL Bounties, rewards developers who come up with fresh, specific suggestions for XRP Ledger. A proposal is the first step in the process. After going through a number of reviews and evaluations, the proposal is then made available for implementation to any willing developers—but only if they abide by certain compliance standards.

What XRPL bounties have been put up thus far? There are currently five bounties running, with the development of a proof-of-attendance infrastructure—which would enable an NFT on the XRP Ledger to validate attendance at any event—being the most well-liked.

The incorporation of Unreal Engine 5, a cutting-edge gaming engine, is one of the intriguing and unconventional bounties that are now up for discussion. According to the author’s vision, this will enable both the integration of XRP Ledger technology into games developed using the Unreal Engine and the usage of that functionality by players of those games. It is the engine, for instance, that just powered the PlayStation 5 version of the well-known multiplayer game Fortnite.