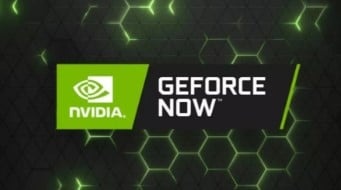 Nvidia has its own cloud gaming service, GeForce Now, but it’s unlike any other. For starters, there’s a free-to-play plan with cloud access to many unique games from Steam, Epic Games Store, GOG, EA’s Origin, and Ubisoft Connect, all running on the latest PC gaming hardware. Nvidia GeForce Now is a cloud gamer that plays games hosted on remote servers and streamed over the internet to any supported device, similar to cloud gaming with Xbox Game Pass, Shadow, or PlayStation Plus Premium Service. All controller (or mouse) code is reversed while returning to up to 4K 120fps video for gameplay.

Not all games are available – Some publishers are blocking their titles from being used on GeForce Now, but there are still 1,000 games available. The Nvidia GeForce Now service can be played on the company’s Shield TV set-top boxes. You can also access it through the desktop app on PC, Mac, and Google Chromebook. Or via Chrome browser. Android devices with 2 GB of RAM and Android 5.0 or higher are compatible, but require a separate controller. Note that Android phones with 120Hz displays can stream gameplay at up to 120 fps.

Runs from 20+ data centers around the world, with access to the closest data center. And depending on which membership plan you choose, your games will run on the best Nvidia graphics cards (RTX), so they’ll look their best regardless of your hardware specs. Unlike most of its competitors, GeForce Now doesn’t sell games or provide access to its own curated library of titles. Instead, you can link your account to a digital game store like Steam or the Epic Games Store to play games you already own or plan to purchase in the future.

The list of streaming devices also includes Android TV boxes other than Shield TV. However, as the app is currently in beta only, Nvidia does not guarantee performance or availability of all features. iOS devices are also supported via the Safari browser. Just load play.geforcenow.com on a new page. Finally, select Samsung smart TVs will be able to run GeForce Now via the Samsung Gaming Hub, launching summer 2022.