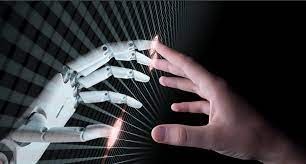 According to Meleveetil Damodaran, a former chair of the Securities and Exchange Board of India, the major issues facing the financial sector are capacity, “hyperactive regulatory action,” and excessive prescription (Sebi).

“Since 2008, excessive activity has harmed financial sector regulation. Hyperactive regulatory activity has been present to support one’s existence. Rating agencies, investment bankers, and other members of the financial sector are now arguing that they are important, counted, and part of the solution rather than the problem, not simply regulators. You need regulations that are more straightforward, consistent, and clear, he added.

In his Wednesday speech at the Business Standard BFSI Summit, Damodaran emphasised the necessity of straightforward and unambiguous policies in the financial sector.

Each rule or regulation, according to Damodaran, should have a sunset provision to allow for a review of its continued applicability.

The former official also mentioned the need for specialised personnel in the regulatory organisations, ranging from lawyers to accountants.

It must include a sunset provision, he insisted, “unless it is extremely basic and paramount, because then three or five years later, the regulator is required to reassess the regulation to see whether it has contemporary relevance or not.”

There are very few jurisdictions that have given regulatory capacity building any consideration. You create a regulatory structure and then consider how you will staff it, realising that this is insufficient, said Damodaran.

The broader question, he continued, is whether the specialisation that individuals bring to the table is pertinent and if it enables the regulator to comprehend the complexity of the problems and instruments they are handling.

Damodaran added, “You can comply with every requirement and still conduct a business in a manner which is not in the interest of other stakeholders.” He applauded Sebi chairperson Madhabi Puri Buch for encouraging businesses to concentrate on the law’s spirit rather than merely its language. From February 2005 to February 2008, Damodaran served as the capital markets regulator’s chair. He has spent the previous few decades collaborating with the government, financial institutions, and regulatory agencies and currently serves as a director on the board of numerous publicly traded corporations. Additionally, he has consistently served on a number of committees set up by the Reserve Bank of India (RBI) and several government departments.