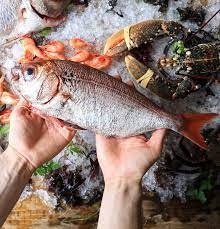 Household spending on fish and seafood in the EU-27 increased by 7% from 2020 to 2021, following the higher trend seen between 2019 and 2020. This was significantly higher than the 1.5 percent inflation rate for fishery and aquaculture products, indicating that EU households had indeed spent more money on these products, most likely as a result of the long-term effects of the Covid-19 pandemic, which resulted in an increase in stay-at-home requirements and thus in consumption at home. Nonetheless, according to Euromonitor forecasts, out-of-home consumption climbed as well, with growth predicted to continue and then level off between 2024 and 2026.

Between 2019 and 2020, both imports and production from fishery and aquaculture fell, with the latter accounting for the majority of the decrease in overall supply.

The EU trade balance continues to deteriorate.
The deficit in 2021 was 10%, or €1.80 billion, larger than in 2020 due to increased imports and decreasing exports. The overall value of imports climbed more than volumes, owing to an increase in prices, which can be explained in part by the euro’s devaluation against the Norwegian krone, making imports from Norway, a significant EU supplier, more expensive. Furthermore, there was a large increase in high-valued species, which were mostly meant for the HoReCa sector, which was progressively re-opening.

Between 2019 and 2020, both imports and production from fishery and aquaculture fell, with the latter being the primary contributor to a dip in total supply, which hit one of its lowest levels in the 2011-2020 decade. These decreases may be seen in relation to the pandemic’s effects on the sector in terms of negative impacts on logistics, which affected numerous stages of the supply chain and international commodities flows, as well as on manufacturing operations. Despite a drop in exports, the predicted EU apparent consumption (the product of total supply minus exports) in 2020 was 10.41 million tonnes of live weight equivalent (23.28 kg per capita), a decade low. In contrast to the downward trend at the EU level, a few nations experienced minor rises, with Bulgaria experiencing the most (+6 percent).

Tuna
Tuna fillet imports will overtake whole tuna as the primary imported product to the EU in 2020. The pattern continued in 2021, with imports of fillets remaining around the same as in 2020 at around 190,000 tonnes, while imports of entire tuna fell by 21%. The import gap widened further by the end of August 2022. Import costs rose sharply in the first eight months of 2022.

The major species breakdown in the EU
Salmon
Increase in the value of EU imports from 2020 to 2021, accompanied by a small increase in imported quantities as a result of the reopening of the HoReCa segment.

Pollock from Alaska
Due to reduced access to Chinese products, EU imports fell to a 10-year low in 2021. Furthermore, during the pandemic, pollock produced in the US gained appeal on the US market due to its low price, resulting in decreased availability on the EU market. In contrast, during 2020 and 2021, EU imports of Alaska pollock from Russia increased by 29% and 31% in terms of quantity and value, respectively. Despite Russia’s aggressive campaign against Ukraine, EU imports of Russian pollock remained at an all-time high in the first half of 2022.