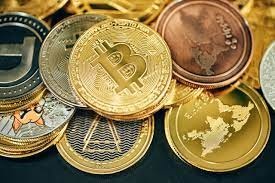 According to one of the most well-known figures in the sector, Bitcoin and other cryptocurrencies won’t “recover from the misuse of unscrupulous players” until at least 2024.

Less than two months after the FTX crisis, the effects are still having a negative impact on price performance and attitude.

David Marcus, the CEO and founder of the bitcoin company Lightspark, disappointed bulls with his predictions for the future in a blog post published on December 30.

Bad actors have a lot to answer for, according to Marcus, who became well-known for his work in cryptocurrency at Meta and before at PayPal, and their spectre will follow the cryptocurrency business well through 2023.

He made only one mention to FTX, but referred to “unscrupulous players” who continued the market’s underperformance well into the following year.

“It will take some time for the market to recover from dishonest actors’ misuse and for competent regulation to be implemented. In the long run, I think this will prove to be a helpful reset for real industry players because it will take some time to reestablish consumer trust.”
If hodlers are forced to wait for their “silver linings,” this would further scupper the historical trends that Bitcoin, in particular, has followed.

Its four-year halving cycles, which tend to promote growth in particular years, could be a problem. It is expected that 2024, the year of the subsequent halving, will see optimistic price movement; some even believe the uptrend will begin a year sooner, in Q2, 2023.

Marcus is confident that if this happens, a new and stronger industry will exist, even if the recovery takes longer than anticipated. He stated, “Years of greed in crypto will make place for real-world applications.

“The days of generating money by inventing a token out of thin air are done. The tunes have ended. We are once again required to add genuine value and address problems in the real world.” The Bitcoin Lightning Network, which he stated “will start to show promise as the world’s most effective open, interoperable, affordable, real-time payments protocol,” received special attention from him.

Other well-known figures have endorsed crypto’s long-term possibilities after FTX, Cointelegraph said. The CEO of the huge investment firm ARK Invest, Cathie Wood, has been one of the most outspoken in response to the events of almost two months ago.

“The crisis brought on by mysterious centralised players didn’t lead the Bitcoin blockchain to falter. Bitcoin is transparent and decentralised, thus it makes sense that Sam Bankman Fried didn’t like it. He was unable to stop it “In mid-December, a widely read tweet made the announcement. Regarding price movement, ideas on how the first quarter of 2023 might pan out continue to differ.

Some people think the worst of the most recent Bitcoin bear market has already passed, while others keep predicting a further decline in the price of BTC to $10,000 or less. BTC/USD continued to avoid significant volatility on December 31, trading at about $16,500, according to data from Cointelegraph Markets Pro and TradingView, with just hours left until the 2022 yearly candle close.