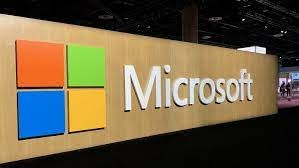 The Federal Trade Commission’s objection to the proposed $68.7 billion acquisition stands out as the worst government opposition Microsoft has faced at home since a legal dispute with the Justice Department over Windows’ monopoly on the operating system market 20 years ago.

Brad Smith, president and vice chair of Microsoft, stated in a statement made available to CNBC that “even with confidence in our case, we remain dedicated to creative solutions with regulators that will safeguard competition, customers, and employees in the IT sector.” “The door never closes on the potential to negotiate a compromise that will benefit everyone,” we’ve learned from past litigation.

Activision Blizzard’s Call of Duty video games will be available on Nintendo systems for 10 years, according to Phil Spencer, CEO of Microsoft’s gaming division, who made the announcement in October. The games will also remain on Valve’s Steam platform. Microsoft has also proposed to enter into a 10-year contract with Sony that would allow Call of Duty games to be made available on PlayStation platforms on the same day they are made available on Microsoft Xbox consoles. In its filing, Microsoft stated that “Sony refuses to deal.”

Microsoft has made concessions in order to lessen government resistance to the agreement.

Microsoft’s answer was, “The purchase of a single game by the third-place console manufacturer cannot upend a highly competitive industry.” “That is especially true when the game’s manufacturer has stated clearly that it will not be withheld. It is not acceptable to prevent a transaction that will benefit customers just because Xbox’s leading rival has so far refused to accept its offer.

Microsoft said that the FTC has not provided evidence that it intends to force the game series off of PlayStation after nearly a year of investigation into the arrangement and the review of millions of Activision Blizzard and Microsoft documents. Microsoft’s business will benefit from making sure the games are broadly accessible, the company claimed. Activision Blizzard asserted in its own response to the FTC’s complaint that “if Xbox withheld Call of Duty from Sony’s PlayStation or other platforms that compete with Xbox, Xbox would immediately forgo billions of dollars in lost game sales and cleave off a massive portion of the garners that Activision has worked so hard to attract and retain.”

Outside of the United States, Brazil approved the pact, and the UK has been closely examining it. Both Activision Blizzard and Microsoft disputed the FTC’s claims.

Michael Chappell, an administrative law judge for the FTC, will hear the case. Microsoft and Activision Blizzard both claimed that the FTC’s methods infringe on their Fifth Amendment right to procedural due process. Activision Blizzard claimed in its filing that the FTC “invented highly gerrymandered relevant product markets” in an effort to support its conclusory theories of harm. These markets included a “high-performance console” market restricted to Xbox and PlayStation consoles as well as separate markets for multi-game subscriptions and cloud gaming.

In response to a statement from the agency outlining three ways the merger could diminish competition, members of the public sent more than 2,100 emails to the UK’s Competition and Markets Authority. Approximately 75% of the emails supported the purchase, Spencer stated on a conference call the day the transaction was announced that Microsoft will become “the world’s third gaming firm by revenue, behind Tencent and Sony” if the deal does occur.