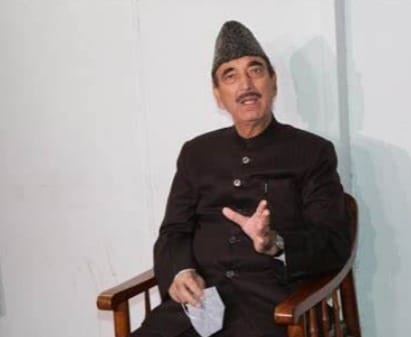 Democratic Party Chairman Azad Ghulam Nabi Azad on Tuesday said religion-based politics had “deeply damaged” the country and asked voters to check the background of each candidate and their party first. when voting to defeat the “split” elements. He called the popular tendency to incite religious divisions for the political benefit of some parties “regrettable” and challenged them to debate development issues with him.

“Religious policy has deeply harmed our country and the people suffer without any path of progress,” Azad said at a town hall meeting in Kastigarh in the Doda district of Jammu and Kashmir.

Asking people to reject divisive politics, he said they should vote for candidates and parties on a development basis.

“They (the voters) have to check the background of each candidate and their party before voting. This is the only way to defeat divisive views,” he said, adding that in the contemporary world, religious politics has no place. Without specifying a political party, the leader of the Azad Democratic Party (DAP) said that efforts were also being made in Jammu and Kashmir to divide people on religious grounds.

“The Chenab valley has been neglected by successive regimes and no real development has taken place. When I became minister, I built roads, schools and hospitals for the Chenab Valley. Even a university is established when there is not even a school for basic education in this landlocked area,” he said.

“It is regrettable that some political parties try to divide people on the basis of religion to protect their political interests. Instead, they will focus on development issues and creating employment opportunities for our young people. But they know they can’t keep their promises, so they adopt a community strategy to stay in power,” he said. Azad reminded the people of his tenure as Chief Minister of Jammu and Kashmir for two and a half years and called it the “golden era of development” of the old state.

“The people of Jammu and Kashmir and the Chenab Valley in particular must reject the divisive agenda and join the DAP to ensure peace, harmony and development in the union territory,” he added. Chenab Valley is a river valley formed by the Chenab River. The term is also used generically for the Doda, Kishtwar and Ramban districts of Jammu subdivision.

Nikki Haley, an Indian-American politician, sends invitations for a “special announcement” on February 15