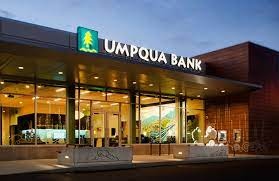 A court decision has made it possible for victims of a $300 million Ponzi scheme, many of whom are from Marin, to move forward with a class action case against Umpqua Bank.

The plan was exposed after Casey’s passing in May 2020. Wallach is currently incarcerated for 12 years after entering a guilty plea to deceiving investors and embezzling more than $26 million in investor funds.

According to the lawsuit, the bank helped Professional Financial Investors (PFI), a company situated in Novato, and its owners, Ken Casey and Lewis Wallach, use money from new investors to the advantage of current investors.

On December 16, U.S. District Court for the Northern District of California Chief Judge Richard Seeborg determined that the case will be certified as a class action. Umpqua Bank’s request for a summary judgement to dismiss the case without a trial was denied by Seeborg.

PFI’s business strategy involved using money from investors to buy and run commercial real estate in Marin and Sonoma counties with the intention of selling it after it had appreciated. When PFI acquired the 71 properties, the estimated value was $550 million.

According to Linda Lam, a plaintiff’s lawyer at Gibbs Law in Oakland, “the judge’s denial of the summary judgement suggests the judge thinks there is enough evidence here that a jury may find Umpqua to be liable.”

Only $100 million to $120 million of the $454 million deposited by 1,267 investors in PFI, according to the lawsuit, is anticipated to be recovered during bankruptcy procedures.

Investors that are enrolled in the class won’t need to take any additional steps to enrol, according to Lam. They are either involved because they are investors who suffered net losses, or they are not.

According to Lam, the lawsuit aims to recoup the PFI investments as well as prejudgment interest. She claimed that an exact sum was still being determined after bankruptcy payouts. When prejudgment interest is taken into account, Lam predicted that the amount will be between $200 and $300 million.

The bank expressed disappointment with the decision and refuted accusations that it participated in the fraud in a statement released by Umpqua spokesperson Kurt Heath. The bank cited Wallach’s evidence that he tried his best to keep the theft and embezzlement from Umpqua because he thought that if the bank found out about the crime, it would stop offering banking services. The bank emphasised that the court’s ruling did not favour either party or settle the case, merely that a jury would take the evidence into account.

Following Seeborg’s decision, Gibbs Law released a statement of its own in which it cited many steps taken by the bank to support the claims made in the lawsuit. According to the law firm, an employee of Umpqua Bank admitted that she removed Casey’s name from PFI’s bank records at the company’s request, despite the fact that documents show the bank was aware that Casey had a history of financial crime and was a convicted felon. The bank employee also allegedly routinely transferred money from PFI bank accounts to Casey’s personal accounts, even though she was aware that these accounts were used to receive money from new investors.

There is evidence of direct involvement by bank workers, including (June) Weaver, in some of the scheme’s mechanics, according to Judge Seeborg’s findings. Before Umpqua bought Circle Bank in 2012, the suit claims that Weaver started out as PFI’s private banker at the Novato-based Circle Bank and continued on as the Umpqua employee.

According to the lawsuit, once other banks learned that Casey had admitted guilt to 21 counts of bank fraud, five counts of tax evasion, five counts of filing false tax returns, and one count of conspiracy to defraud the United States in 1997, they refused to work with PFI. “Casey, however, was connected with the CEO of a small bank entitled Novato Community Bank, who agreed to supply PFI with banking services,” Judge Seeborg noted in his evaluation of the plaintiff’s evidence. It was impossible to immediately reach former CEO Kim Kaselionis, who oversaw Circle Bank from 1996 until it was acquired by Umpqua.