- Advertisment -
HomeNewsBusinessIshaq Dar, a former finance minister of Pakistan, will take over next...
NewsBusinessFinance

Ishaq Dar, a former finance minister of Pakistan, will take over next week when he returns from London and attempts to revive the struggling economy 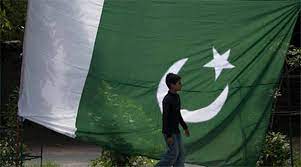 Miftah Ismail, the finance minister of Pakistan, resigned from his position on Sunday to allow Ishaq Dar to assume control of the nation’s cash-strapped economy.

Other Pakistan Muslim League-Nawaz heavyweights were also there, including with the finance minister Miftah Ismail and his replacement Ishaq Dar (PML-N).

The official decision was made during a meeting between Prime Minister Shehbaz Sharif and his brother Nawaz Sharif on Saturday in London to formally place 72-year-old Dar in charge of the financial affairs.

The elder Sharif, who is out of politics owing to convictions in corruption trials but whose judgments are regarded as binding on the party, received Miftah’s resignation in person.

Former prime minister Sharif praised Miftah for her efforts in carrying out her duties despite significant economic difficulties. The resignation followed the formal party meeting decision that the nation needed a new finance minister, and Nawaz Sharif’s nomination of Dar for the challenging position.

Miftah was quoted by the PML-N in a statement as stating, “I worked to the best of my capacity for four months and stayed loyal to the party and the country.”

According to an another story from Geo News, Dar would return from London alongside Prime Minister Shehbaz Sharif and take his oath the following week, likely on Tuesday. Dar is also linked to the elder Sharif because his son is wed to one of the former premier’s daughters.

When Nawaz Sharif was the prime minister, he served as finance minister. After being charged with corruption, he fled the country to avoid being found guilty. The arrest warrant for Dar in a purported corruption case in which he was designated a proclaimed criminal was suspended on Friday by an accountability court in Islamabad, allowing him to return to Pakistan.

Ismail is anticipated to continue serving in the government as an adviser after his term as finance minister expires on October 18. After a leak of an audio clip that appeared to show Shehbaz Sharif and Maryam Nawaz discussing the economy in which the latter charged Ismail for failing to improve it, the crucial portfolio was changed.