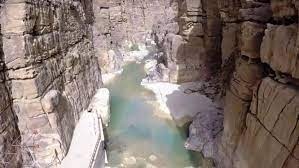 The EIB loan will be part of Jordan’s JD250 million ($352 million) investment to the project, which will provide around 300 million cubic metres of desalinated water per year to Amman and other governorates.

According to the Jordan News Agency, Petra, the loan is part of an EIB promise made at a donor conference in March.

The agreement was signed by Zeina Toukan, Minister of Planning and International Cooperation, and Mohammad Al Najjar, Minister of Water and Irrigation, with Gelsomina Vigliotti, Vice President of the EIB. The European Union Ambassador to Jordan, Maria Hadjitheodosiou, attended the ceremony.

Najjar also thanked the EIB for its support of Jordan’s water sector, noting that the bank funds several projects in Jordan and has supported a study to analyse the project’s environmental impact.

This is the first deal signed to finance the National Water Carrier Project, according to Toukan, who expressed gratitude to the EIB for its support of the project, which is a major priority for the government.

“Investing in the water sector is investing in the future,” Vigliotti added, saying that the National Water Carrier Project will allow Jordan to adapt to climate change while also ensuring environmental sustainability by utilising renewable energy potential.

She also emphasised the EIB’s continuous commitment to the Aqaba-Amman Water Desalination and Transportation Project.