Launch of a test weather satellite by the Space Force 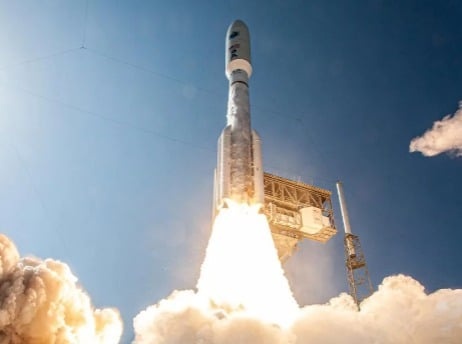 EWS spacecraft sensors are designed to provide military users with better weather forecasting and monitoring capabilities. Data collected at the demonstration will feed the service’s future infrared electro-optical weather constellation. It will replace the traditional constellation, the Defense Weather Satellite Program. “If successful, this will provide an innovative option to provide space-based environmental monitoring data to fighter aircraft at mission-relevant speeds,” Lt. Col. Joe Maguadog, materials manager and program manager for EWS, said in January. said in the news on the 3rd. release.

The service expects her three remaining DMSP satellites to run out of fuel by her 2026. The EWS satellite, along with the Weather System Follow-on Microwave program set to launch the first satellite built by Ball Aerospace, will fill some of that impending capacity gap later this year. We are also exploring opportunities to purchase weather data directly from companies.

Along with Orion’s demonstrator satellite, General Atomics is developing his second prototype, his EWS sensor, which is expected to be delivered by 2025. The spacecraft will have a three-year mission duration and will not only demonstrate space-based weather imaging techniques, but will also provide a first replacement for DMSP’s weather imaging and cloud characterization capabilities.

The Space Force has applied for her $96.5 million for her EWS in fiscal year 2023 to fund the first demonstration and begin early testing and integration work on the second satellite. Lawmakers cut $10 million from the program in the final version of the Comprehensive Appropriations Act for fiscal year 2023, signed into law by President Joe Biden on December 29.