Loan fraud is a common form of capital financing 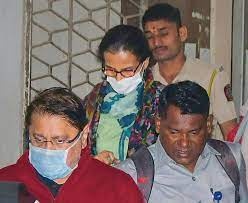 Banks and other financial institutions have grown closer to the political class and the government on a global scale. While politicians attempted to convince these banks to make investments and extend loans to large corporations that were close to them, bankers were able to advocate for more financial sector deregulation. India is a part of this global dynamic, and the 2005–2008 “boom” period saw some of its greatest excesses.

If the charges are true, no one who has followed India’s NPA (non-performing assets) or “bad loans” situation over the past ten years should be surprised. Large loans were made by banks, primarily in the public sector, to numerous corporations to fund significant projects. Many of them turned out to be unviable, and the businesses ceased repaying their loans as a result. Even as these large loans were being approved, there were rumors of bribery and a connection between bankers, corporations, and politicians. Politicians are said to have instructed public sector bankers to make loans to their corporate allies without conducting adequate due diligence. The bankers would receive a portion of the kickbacks moving back up the chain into the political system in exchange.

Chanda Kochhar was well-known up until a few years ago. With her commentary on the situation of the Indian economy, she adorned the top pages. Every Budget day, TV networks fought for her attention to ask her if she believed the Finance Minister had made the right decision. She has now been detained, allegedly for accepting kickbacks in exchange for large loans to the struggling Videocon Group. Kochhar is not the first well-known banker to be detained; Rana Kapoor of Yes Bank was detained a few years ago on comparable suspicions of accepting bribes to arrange loans to corporations, much of which could not be recouped.

Even for private sector bankers, being close to the government was quite helpful. During the UPA administration, rumors circulated that a web of connected corporate entities, private banks, babus, politicians, and prominent public people would negotiate enormous financial agreements in which everyone would profit. According to the official allegations brought against Kochhar and Kapoor, these arrangements involved more than merely advancing the bank’s interests and consolidating control; the top bankers also stood to profit financially from them.

Low interest rates made it cheap for banks and financial institutions to borrow large sums, while the dilution of capital controls by nations made it easier for finance capital to swiftly move across the world. Big funds travelled the world, especially the capital markets, seeking higher returns on their financial investments. Stock markets boomed, and then, periodically went bust. Banks across the world became aligned to the needs of the financial markets, and equities became an important form of collateral against which loans were given to companies.

The corrupt system that has come to be known as “crony capitalism” is thought to be the result of restricting the free operation of the market economy. I would contend that this connection between large business, the government, and financial capital is a common and unavoidable aspect of modern “free market” capitalism, not an anomaly. Since the 1980s, finance has taken over from manufacturing as the primary engine of capitalism. This was made possible because central banks in the capitalist developed countries decided to drastically lower interest rates in comparison to the average profit rate in their economies. Along with this, “globalisation” policies were promoted globally, initially by the IMF and World Bank and then by other international organisations like the WTO (World Trade Organisation).

This system, inevitably, gave an advantage to larger companies with higher market capitalisation — higher valuation in the stock markets. They could ‘leverage’ their market cap to raise bank loans, and banks, in turn, felt secure that such valuable companies would not default on the credit extended to them. Smaller players, even if they had great business potential, would find it tougher to borrow. And, when they did, they would have to pay higher interest rates than bigger companies.

Across the world — not least in the USA — banks and financial institutions acquired increasing proximity to the political establishment and the state. Bankers managed to push for increased deregulation in the financial sector, while politicians pushed to get these banks to invest and give loans to big businesses who were close to them. There is enough evidence from countries across the world that such ‘cronyism’ emerged wherever finance managed to gain an influence over policy-making.

India is part of this global process, and the ‘boom’ period of 2005-08 saw some of the worst excesses of this politician-corporate-bank nexus. As foreign portfolio capital flooded the Indian stock markets from mid-2005, it pushed up the market capitalisation of Indian listed companies beyond all economic rationality. Companies with no real assets or regular profits had managed to raise funds through IPOs and run up fabulous share prices. They used these shares as collateral to raise money from banks. They were then able to show their financial fitness to bid for government contracts for mega projects. The projects themselves were financially unviable, but in the process, the promoters of these companies siphoned off large sums of money into their private accounts or into other, unrelated, projects. The method of operation was sometimes even more complicated. A business would be awarded a contract for the construction of an infrastructure asset, which would be carried out by special SPVs. The main company would borrow a substantial sum of money from banks and then lend it to fraternal shell businesses. The money would be used by these front businesses to acquire a stake in the SPVs. The funds entering the SPVs would now appear as equity rather than debt. The original parent business that had taken out the loans would receive building contracts from the SPVs using their equity capital. Therefore, the bank loans made to the parent firm will eventually come back as income. The profits would increase the company’s stock price and, once more, enable it to use its shares as leverage to raise additional capital.

There were numerous ways for corporations to leverage their clout to secure large loans and then benefit themselves. Banks have written off a large portion of this, and it might never be recovered. Bankers are currently being more cautious and making fewer loans. But as soon as they are no longer in the spotlight, cronyism will unavoidably resume in full force.