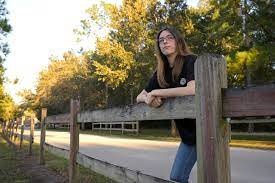 A Texas mother with a toddler who was barely making ends meet on her husband’s salary was desperate to go back to work but had trouble paying for child care. A young warehouse worker in Florida had just barely recovered from a difficult past that included homelessness and abuse before becoming deeply indebted.

“You discover the issues when you attempt to debate the choices. Where would the infant stay if we were to succeed? Alyssa Burns, a warehouse worker who earns $16 per hour and who, together with her boyfriend and another couple, shared a two-bedroom apartment last year when she discovered she was pregnant, spoke up. Both of us hold full-time jobs. Mom is employed. We are unable to afford daycare.

Both women came to the painful realisation that they couldn’t carry the pregnancy after finding out they were.

There are many different reasons why women would choose to abort their pregnancies, but for those who are having a hard time making ends meet, money is unavoidably a factor. Now that the 1973 Roe v. Wade decision ensuring the right to an abortion has been overruled by the Supreme Court, many of them will be forced into a situation they cannot afford when abortion prohibitions and restrictions take effect in half of the nation.

Caitlin Myers, an economist at Middlebury College who specialises in the study of reproduction and the economy, stated that a salaried employee with benefits is the kind of individual who typically manages to find a way with or without their employer’s help. We’re talking about a highly vulnerable set of workers in terms of their financial stability, who frequently work shifts and are paid hourly, so this becomes incredibly difficult for them.

According to a 2014 survey by the Guttmacher Institute, a science-based research organisation that promotes abortion rights, three-quarters of women who seek abortions were low-income, meaning their family income was below or up to double the federal poverty limit. More than half had kids already, and many held physically demanding professions with less labour rights and flexibility options than jobs paying higher wages.

Burns, 24, was able to quickly terminate her pregnancy in March 2021 at just over six weeks because Florida had no laws against it at the time, and the state’s current laws prohibit most abortions after 15 weeks. However, she claimed that the thought that she might have been compelled to give birth to the child in a different place and at a different time haunts her.

At the same potential, the Texas mother became alarmed. She discovered she was expecting in September of last year, shortly after Texas passed a law outlawing all abortions after around six weeks of pregnancy.

I was so damaged. The 30-year-old hairstylist, like Burns, revealed her tale through the women’s advocacy group MomsRising, but she asked to remain anonymous for fear of harassment in her traditional Corpus Christi town. “This child is beyond my means. I am having difficulties with my current child. In the end, she received financial assistance from Planned Parenthood and was able to get an abortion in New Mexico. She and her husband nevertheless spent $1,000, which included $500 for a rental car. Her spouse had to miss time from his employment as a cell phone tower repair worker without being paid.

She claimed that if it weren’t for the Texas restriction, she could have travelled to a clinic 20 minutes away. According to Myers’ research of a national database of abortion providers, updated monthly, the average travel distance to the closest clinic would increase from 35 miles to 272 miles for many women residing in states that would outlaw abortions. Many opponents of abortion claim that expanding the safety net and making it simpler to have children is the solution rather than making it easier to end a pregnancy. They contend that Roe v. Wade harmed working women by deterring governments and companies from enacting more generous parental benefits.

Erika Bachiochi, a pro-life law researcher, asserted that abortion has been the favoured reaction to female poverty and the misery of low-wage workers in this nation. She thinks greater pressure should be put on conservative states to boost their parental leave and child care legislation. However, research suggests otherwise. According to The Turnaway Study, a University of California San Francisco research project that followed women who had access to abortions over a 10-year period versus those who had been denied them, carrying an unintended pregnancy quadruples the likelihood that a woman and her child will live below the federal poverty line. The likelihood of the woman being unemployed is tripled.

According to a recent study by the National Bureau of Economic Research, which used the Turnaway study data to examine the credit histories of women who couldn’t get abortions, being denied an abortion frequently causes increased rates of unpaid debt, poverty, evictions, and bankruptcies over the following five years. Burns, who left home at the age of 18 and completed high school while living on the streets, was exposed to some of these risks. She was still repaying more than $7,000 in debt from breaking her rental lease a few years earlier when she fled an abusive relationship, even though she had found some stability by the time she became pregnant.