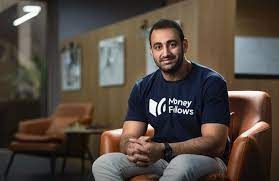 Money Fellows, an Egyptian fintech company, has secured $31 million in what it calls the Series B investment’s first closure. The business anticipates topping off the investment in the upcoming months. CommerzVentures, Middle East Venture Partners (MEVP), and Arzan Venture Capital served as the deal’s leaders.

The idea behind Money Fellows is to digitise money circles, also known as Rotating Savings and Credit Associations (ROSCAs), which is a system where a group of people agree to contribute money for a set period of time in order to save and borrow money together.

Partech, Sawari Ventures, Invenfin, National Investment Company (NIC), 4DX Ventures, and P1Ventures are additional participants as investors. Since its establishment, Money Fellows has raised a total of $37 million in funding.

With a variety of names, including Esusu or ajo in Nigeria, Kameti or chit fund in India, and Gameya in Egypt, ROSCAs are relatively common in over 90 emerging and developing nations. According to Money Fellows CEO Ahmed Wadi, there is a $700 billion opportunity worldwide for them. Wadi, who was living in Germany at the time, tested Money Fellows there rather than in either of these nations. Because he had no credit history, Wadi struggled to obtain banking services there. He believed he could give people like him an alternate funding system by implementing the Gameya system in the European country. However, neither there nor in the U.K., where he went next, was adoption significant.

However, because he is Egyptian, Wadi decided to make his third attempt in 2017 through the country’s ROSCA system. A year later, he introduced the platform.

The U.K., where there are Asian, African, and Arab communities who historically employ this model, seemed to make sense at some point because Germany didn’t have this culture, according to Wadi. But we discovered that because they had a sophisticated banking system, individuals didn’t require it.

Here is how ROSCAs function. Let’s imagine that ten people agree to pay $1,000 every month for ten months. A member receives $10,000 at the end of each month, and this process is repeated until everyone has received their payout. This approach is most effective when used among close friends or family members because it can be dangerous when used with outsiders. This restricts offline ROSCAs, though, as participants can find it challenging to get more funding. However, with Money Fellows, individuals have access to a larger pool of participants—each undergoing a credit evaluation procedure—in Egypt, allowing them to create and join ROSCA groups using its app. Globally, similar players include StepLadder, located in the UK, and Pakistani fintech Oraan.