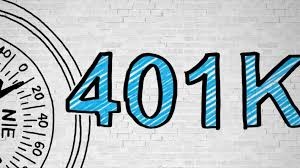 A clause in President Biden’s new legislation intends to prevent employees from withdrawing their 401(k) when they change jobs, expanding on a comparable initiative started by the private sector last year.

Aside from being expensive in terms of penalties and taxes, early fund withdrawals might prevent vulnerable workers from building up substantial retirement savings. The reforms, according to some critics, may be too limited and fall short of addressing the root causes of early cash outs.

The law makes it possible for employer retirement plans to offer automatic portability services, allowing for seamless fund transfers into new employment plans unless the employee chooses to opt out. Additionally, it raises the $5,000 to $7,000 cap on automatic rollovers. That comes after a new consortium with the aim of automating retirement plan rollovers was established in October by industry experts in 401(k) retirement.

The Portability Services Network, a national, digital exchange that will automate the process for their sponsor clients and their participants to move 401(k), 401(a), 403(b), and 457 account balances from plan to plan when employees change jobs, was developed before the legislation was signed in December by Vanguard, Fidelity Investments, Alight Solutions, and the Retirement Clearinghouse.

According to information supplied by Pensions & Investments, the consortium, which is anticipated to go operational by the end of March, presently represents over 43.8 million people across more than 48,000 employer-sponsored retirement plans. That will be elevated thanks to the new law.

The participant will now be charged $30 for balances over $600, 5% of account balances for balances between $50 and $599, and no fee for balances under $50 as one-time transaction fees.

The practise must make a substantial influence for upcoming retirees. And the provision of the new law ought to give it some oomph.

According to Kevin Barry, president of Fidelity’s workplace investment division, “auto portability’s success hinges on size and the involvement of as many industry record-keepers as feasible.” “We encourage all record-keepers to join the network to provide their plan sponsor clients and plan participants with the advantages of auto portability.” This is why the clause in the new law is so important. For its sponsor clients in 2021, Fidelity processed 1.1 million mandated cash-outs. 66% of the 1.1 million were cheques sent in amounts under $1,000. And of the 1.1 million, 55% were under 35 years old.

According to statistics from the Women’s Institute for Secure Retirement, one in three workers withdraw money from their retirement funds when they leave their jobs (WISER). According to Cindy Hounsell, president and founder of WISER, this figure rises to 41% or higher for workers between the ages of 20 and 30, according to Yahoo Finance. Changing jobs opens the door for cash withdrawal.

According to a study in the National Tax Journal, employment separations are the main cause of retirement plan leakages, which are then followed by home purchases, divorces, significant medical costs, and fresh college tuition bills. Additionally, the likelihood that you may change employment increases with age. In 2020, the Department of Labor reported that workers between the ages of 55 and 64 had a 10-year typical job tenure, compared to little under three years for workers between the ages of 25 and 34.

Robert Johnson, the founder and chairman of Retirement Clearinghouse, told Yahoo Finance, “We have come together to say, ‘how can we solve this big economic problem that touches a lot of Americans. “This truly aims to keep low-wage workers, minorities, and women, who are most at risk, from leaving,” It costs money to withdraw funds from a tax-deferred retirement account before you are 59 1/2. Distributions made prior to the account holder reaching the age of 59 12 are subject to a 10% IRS penalty. Additionally, income taxes must be paid on the withdrawn funds. Ultimately, if the balance was left unchanged, you would miss out on the compounding consequences.

For instance, assuming a 5% return, if you are 25 and have $5,000 saved for retirement, your account may be worth $38,808 when you reach full retirement age of 67. On the other hand, if you cashed out right now, you’d have $3,500 after paying $3,500 in taxes and penalties to the IRS. Some business experts claim that the new auto-portability provision’s scope is constrained, despite the fact that it will undoubtedly assist people continue to save for retirement.

Share
Facebook
Twitter
Pinterest
WhatsApp
Print
Linkedin
ReddIt
Email
Telegram
Flip
Copy URL
Previous article
Officials from Fed stress that inflation still too high and that Fed still has work to do
Next article
With the ban on cash withdrawals in Nigeria, Bitcoin and Cardano may finally shine