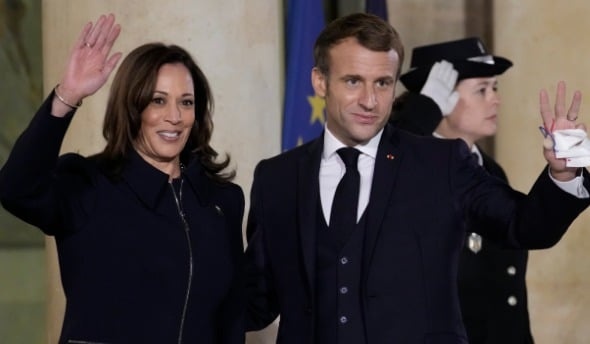 The NASA visit – which will include a working meeting and briefings by US space officials – will highlight the deep partnership between France and the US in the space sector and the relationship between the two countries. A new relationship was budding between Harris and Macron, who developed a clear friendly relationship during Harris’s five days trip to Paris last year.

The trip is a key part of US efforts to revive ties with France after the US-Australia submarine partnership canceled France’s own submarine purchase agreement with Australia, causing unleashed a fierce war in response from France that brought relations to a two-decade low. The trip put relations back on track and expanded Franco-American space cooperation, an issue for which Harris took a leadership role as president of the National Space Council.

Harris will also co-host a luncheon for Macron at the State Department on Thursday, a traditional part of the ceremony for the official state visit. But the addition of a trip to NASA headquarters in Washington signals the desire of the United States and France to deepen the relationship between Macron and Harris.

The joint visit to NASA Headquarters was originally scheduled for Friday, but was moved to Wednesday after Macron decided to add a trip to New Orleans at the end of his state visit. A French official indicated that the vice president’s team was willing to adjust Harris’s schedule to be able to join Macron at NASA, saying it showed a desire to deepen the relationship.

US and French officials said Harris looks forward to meeting Macron during his visit this week to further develop his relationship with the French leader and highlight advances in space cooperation.

A senior administration official said the visit to NASA Headquarters “will demonstrate our deep space collaboration to support earth, climate and space science and space exploration.”

The meeting follows the first US-France Comprehensive Space Dialogue in Paris last month, a government-wide dialogue agreed upon during Harris’s trip last year. Harris and Macron will review the progress of space cooperation between the two countries over the past year and receive a briefing from NASA and National Oceanic and Atmospheric Administration officials who spoke their French counterparts.

Over the summer, both the United States and France completed their space commitments stemming from Harris’ trip to Paris last year. The United States joined the French-led Space Climate Observatory while France signed the US-led Artemis Agreement, which aims to establish codes of conduct for space exploration.