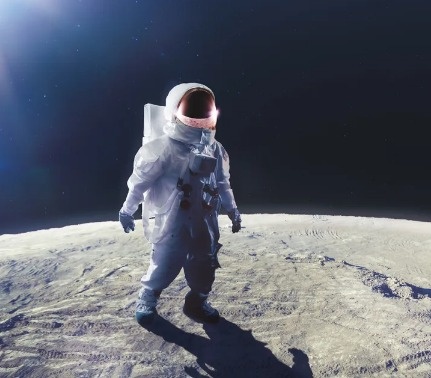 A mission that Collins Aerospace received to develop a new spacesuit for the International Space Station was awarded on a single-source basis, a decision NASA said was intended to stay competitive. for later stages of the program.

NASA announced on December 8 that it had awarded a $97.2 million order to Collins to develop an astronaut suit that will replace the already existing Extraterrestrial Mobility Unit’s suit. old used for spacewalks from Earth. The mission order includes testing the suit on the ground, with the option to test the suit during the ISS spacewalk in 2026.

NASA awarded the mission request under its Exploration Outdoor Operations Services, or xEVAS, contract. NASA awarded the xEVAS contract to Collins and Axiom Space in June to develop suits for the ISS and Artemis lunar missions that will be delivered as a service. NASA issued a $228.5 million mission to Axiom in September to develop the Artemis spacesuit; The agent received proposals from both companies but did not explain why they chose Axiom.

However, in a December 15 procurement filing called Justifying an Exception to Fair Chance, NASA said it had awarded Collins an ISS spacesuit mission order from a sole source for the two companies to continue actively developing diving apparel.

The filing also notes that the xEVAS contract with Collins has a guaranteed minimum, although the size of this has been redacted in the filing. The minimum is “consistent with NASA’s EVA requirements for the duration of the contract,” he said. Because of the lengthy time it took to complete development of the suit, known as contract line item 1A in the contract, NASA argued that it had an “immediate need” to give Collins the mission.

“Both vendors ensure safer and more reliable EVA missions to the ISS, the Moon, and beyond by providing NASA with more options and flexibility throughout the contract implementation. clock,” the filing reads from NASA.

NASA notified the two companies in late September of their intention to award Collins the sole source contract and required them to notify NASA of any problems. The rest of the passage has been redacted, so it’s unclear what issues they raised and how NASA addressed them.

The agency says that “where possible” it plans to compete with xEVAS mission orders in the future. “A single-source reward for Collins for CLIN 1A not only increases NASA’s competitiveness for future EVA service missions, but also enables a strategy to reduce the scheduling and engineering risks of the company.” agency involved in the development and implementation of EVA services to meet NASA mission requirements.

Collins, like Axiom, hasn’t revealed many technical details about his suit. In an interview, Peggy Guirgis, general manager of space systems at Collins Aerospace, said the competitive nature of the xEVAS contract limited what she could say about the lawsuit. While Axiom’s mission claim is for the Artemis lunar spacesuit, NASA filings say their mission claim includes an option to demonstrate its suit on the ISS as a “plains effort”. In comparison to the current EMU suits, Guirgis claimed that the Collins suit has a number of advantages, including lower mass and fewer components while also supporting a wider range of sizes. Additionally, it has modifications to the design to stop water from entering the spacesuit helmet and improvements to the carbon dioxide scrubbing system.

The schedule, she claimed, which calls for an important design review in the first half of 2024, is the biggest obstacle to the work. “We are prepared to get started right away and have the necessary resources in place. Simply put, there is a ton of work to be done, she said. A version of the Artemis suit that it might offer to NASA for later stages of the xEVAS contract will benefit from the work being done on the ISS suit.

About 90% of the ISS suit, according to Guirgis, could be modified for Artemis, with modifications needed for walking and the lunar thermal and dust environment. In order to continue the remaining development, she added, “NASA has the opportunity to turn us on for a subsequent task order.” From an Artemis perspective, “we’re going to be making progress,” she declared. “And that way NASA is able to retain, from a competitive perspective, a couple of options where they can choose who they want to support for each mission and they’ll have that same flexibility for ISS.”