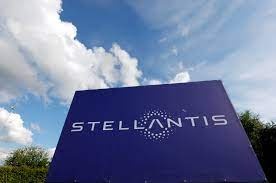 In order to grow its data services business and meet its goal of generating at least 20 billion euros ($21.1 billion) from software-related activities by 2030, Stellantis is creating a new business unit.

The firm, according to Sanjiv Ghate, CEO of Mobilisights, might assist to prevent accidents by, for example, relaying information about traffic risks and also allowing insurance products to be better targeted to individual drivers, he told reporters on Thursday at the CES conference in Las Vegas. Other automakers could be granted access to such data.

The new division, named Mobilisights, would use Stellantis’ linked vehicles, which are anticipated to increase to 34 million by 2030 from the current 12 million, to licence data to a wide range of clients, including competitor automakers.

Ghate, who is located in the San Francisco region and joined Stellantis last year from digital mapping company Here, noted that setting up a distinct entity should make it simpler to build partnerships. He claimed that in order to deliver apps and services based on data, third-party developers would be essential.

Ghate declined to comment specifically on how much money Mobilisights would be expected to bring in, but he did mention that Stellantis has a number of software divisions that would each be bringing in “north of a billion dollars.”

By 2030, Stellantis anticipates 20 billion euros in additional yearly revenues from software-related services, according to a statement the firm made at the CES trade show in Las Vegas. Mobilisights will play a significant role in that growth.

It is the second of Stellantis’ seven upcoming value-added business units, which will feature brands including Fiat, Peugeot, and Jeep. The first was the circular economy industry, which sought to increase the amount of recycled material used in manufacturing.

When asked whether Mobilisights will be a separate division, Ghate responded that it was essential to create a barrier between the processing of the data and the automobile owners, who will have to give their agreement to its usage.

He told reporters, “I’m a data processor, not a data controller. That’s significant. The business unit has previously given authorization for what it receives from the mothership. He claimed Stellantis brands would be in charge of the consent functions. He added that he anticipated the company to have “three digit” numbers of workers by the end of this year and that some current operations from Stellantis’ Free2Move mobility services section will be integrated into Mobilisights.

By 2030, Stellantis wants to increase its revenue to 300 billion euros while maintaining high profit margins.