Original content from Documentary+ Streamer Sets, such as “Crypto Farmers” 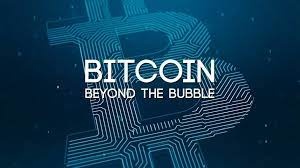 The most recent batch of original feature docs has been released on Documentary+, the free streaming platform created by non-fiction company XTR.

The streamer was introduced in 2020 and is now accessible to 95M households both on-demand and through platforms for FAST channels.

In addition to When The LAPD Blows Up Your Neighborhood, the site’s first original, and The Sentence of Michael Thompson, which is coming to the service following its premiere on MSNBC, three more movies will be released by the service in October and November.

Director Nick Aldrige, who also directed Hillsong Church: God Goes Viral, which appeared on the BBC Storyville strand, is behind Crypto Farmers, which debuts on November 8.

In it, a teenage bitcoin entrepreneur and poor farmers in rural Wales are examined in an unexpected relationship. Crypto Farmers follows a group of Britons as they construct hydro, solar, and manure-powered crypto mining rigs in order to improve cryptocurrency’s environmental reputation and safeguard the farmers’ way of life, as farms in Britain continue to close down owing to unprofitability.

Danilo Parra, who co-created and directed Vice’s Hamilton’s Pharmacopeia, is the creator of Mala Onda, which premieres on October 27.

It looks into the enigma of Puerto Rico’s unexpected animal fatalities. The legends of creatures that died through tiny circular wounds enthralled Puerto Rican villages from 1975 to the present and gave rise to urban legends like vampires, extraterrestrials, and chupacabras. Mala Onda examines our communal fixation with the unexplained through interviews with farmers, mediums, scientists, historians, and local witnesses, as well as displaying the diversity of culture and ideas in the afflicted Puerto Rican villages.

It is produced by Michael Biggam, directed by Parra, and executive produced by Matthew Clyde, Bryn Mooser, Kathryn Everett, Abazar Khayami, and Justin Lacob of XTR. The documentary When The LAPD Blows Up Your Neighborhood, formerly known as Fireworks, was created by Nathan Truesdell, who also created the Oscar-nominated film Ascension. Launch day is October 25.

It looks at an LAPD operation gone wrong that resulted in an explosive disaster in a local area. On a residential street in South Los Angeles, an LAPD bomb squad seized a sizable stash of illegal pyrotechnics and made an attempt to safely set them off. The bomb squad misjudged the fireworks’ explosive potential, and as a result, the detonation of the pyrotechnics went awry, blowing up nearby homes, cars, and even the bomb squad van. Truesdell, Will Lennon, and Kat Nguyen all contributed to its production and direction. Bryn Mooser, Kathryn Everett, Abazar Khayami, and Justin Lacob are the executive producers for XTR.

Co-distributed by Documentary+ and MSNBC Films, The Sentence of Michael Thompson premieres on the latter on November 1 after debuting on MSNBC on October 30. It covers the compelling tale of Michigan’s longest-serving non-violent felon and the court case that surrounded his life sentence. The movie, which was directed by Kyle Thrash and Haley Elizabeth Anderson, follows Michael’s daughter Rashawnda and his attorney Kim during their clemency battle and looks at both the negative effects of the drug war’s legacy and possible futures as marijuana use becomes legalised across the country.

It is produced by Thrash and W. Ian Ross, directed by Kyle Thrash and Haley Elizabeth Anderson, and executive produced by Lydia Kives, William Crause, Bryn Mooser, Kathryn Everett, and Justin Lacob of XTR. Doc+ Originals, according to co-founder Justin Lacob, “is a major breakthrough for the platform.” The release of our original movies and TV shows is just getting started; future releases will also include first-run movies straight from the top film festivals in the globe. We are overjoyed that Documentary+ has been successful in presenting some of the best documentaries and television shows to our audience, and we can’t wait for them to see our original work.