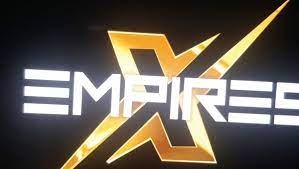 EmpiresX, one of the key individuals found guilty of masterminding the $100 million cryptocurrency “Ponzi” scheme, has just received a sentence of more than four years in prison from a US court.

It comes after Nicholas’ guilty plea on September 8 for conspiring to commit securities fraud.

Joshua David Nicholas, the “chief trader” of the fictitious cryptocurrency platform EmpiresX, was sentenced. He will now spend a 51-month jail term as well as three years of supervised release for his part in the fraudulent scam.

The Department of Justice (DOJ) claims Nicholas made boasts about the platform’s ability to provide daily “guaranteed” returns over a two-year period using a trading bot that combined “artificial and human intelligence” to boost profits.

According to the Commodity Futures Trading Commission (CFTC), which launched civil cases against the three in June, only around $1 million of investor cash were delivered to a futures trading account for EmpiresX, with the majority of funds either lost or misused.

The “bot” was a fraud, and Nicolas, together with his partners Emerson Pires and Flavio Goncalves, ran a “Ponzi” scheme that compensated early investors with funds from later investors. According to the DOJ, blockchain analysis demonstrates that Brazilian nationals Pires and Goncalves used a “foreign-based” cryptocurrency exchange to launder investors’ money.

The Securities and Exchange Commission (SEC), which claimed that investor funds were used to “lease a Lamborghini, shop at Tiffany & Co., make a payment on a second property, and more,” filed fraud charges against the trio at the same time.

Additionally, investors were informed that Nicholas was a professional trader and that EmpiresX was registered as a hedge fund with the SEC.

According to the SEC, Nicholas’ was barred from trading by the National Futures Association for stealing customers’ money, and the platform had never been registered with the Commission. The scheme operated for two years, from roughly September 2020 to the beginning of 2022, when it came to an end because the platform refused to honour customer withdrawals, who were probably trying to get out of the cryptocurrency market because of significant price declines that had started at that time.

In early 2022, Pires and Goncalves, who were living in Florida, allegedly started winding down EmpiresX’s operations and departed the country; they are now thought to be in Brazil.