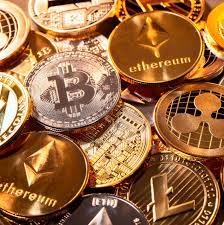 After being inactive for four weeks, 30 bitcoin wallets connected to Alameda Research, the insolvent sibling firm of FTX, started functioning on December 28. Through a variety of crypto-mixing services, these wallets traded and combined digital assets valued over $1.7 million.

The unexpected transfer of money from Alameda wallets just days after Sam Bankman Fried was granted bail aroused doubts, as Cointelegraph reported on December 28. Nearly 24 hours later, it appears that the person responsible for these financial transfers carefully planned their transaction routes.

Market manipulators and criminals frequently employ crypto mixers to obfuscate the transaction trail and prevent money from being returned to its original source.

The first transfer of money reportedly started with numerous Alameda addresses exchanging tokens for Ether and sending them to crypto mixers, according to information provided by the crypto forensic organisation Arkham. These transfers were mostly directed to two primary wallets with the prefixes 0xe5D and 0x971.

Stablecoins were purchased using a different wallet, where wallet assets were first converted to USDT and then transmitted to Fixedfloat. Mixers were used to exchange a total of 800,000 USDT, and another 400,000 USDT was funnelled via different techniques. Stablecoins worth an additional 200,000 USDT were delivered via renBTC to the BTC network.