Pound hits yet another record high not seen since early August 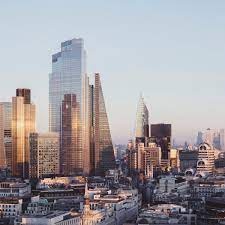 As optimism increased that Chinese lockdowns would loosen and American interest rate increases would stall, the pound rose to a four-month high against the dollar.

The £1 to $1.2297 foreign exchange rate indicated a weaker dollar because just last week, a decline in the value of the US dollar allowed for a surge in the pound that had not occurred since mid-August.

On Thursday afternoon, the value of a pound was at its highest level since August 1, making imports more affordable for UK businesses and consumers.

A stronger pound is excellent for both businesses and consumers, and it may even assist to reduce inflation by making it more affordable to import necessities like food and gasoline.

After several days of demonstrations against China’s zero-COVID policy, market expectations have been raised by signs that the country will relax its restrictions.

Sterling’s purchasing power has increased by almost 20 cents from its all-time low in the days following the September mini-budget and the ensuing market shock. The tale is one of a more upbeat global mood and a declining dollar’s strength rather than a strengthening pound, as the dollar sank against other currencies while the pound rose against the euro, where on Thursday afternoon £1 could buy roughly €1.17 (€1.1695).

Following protests, major Chinese cities began to relax restrictions on Thursday. Officials in at least seven areas of the vast port city to the north of Hong Kong declared they were lifting lockdowns less than 24 hours after deadly protests in Guangzhou.

The lockdowns had slowed the world’s second-largest economy’s economic growth, which had a negative impact on international trade and disrupted global supply lines.

The Federal Reserve, generally known as the Fed, recently announced that it would limit the rate at which interest rates climb. This news coincides with the four-month high. On Wednesday, Fed head Jerome Powell predicted the organisation might only raise interest rates by 0.5% at its December meeting, following four consecutive 0.75% increases.

The Fed had raised rates continuously in an effort to bring inflation down to its target of 2%, but US inflation was 7.7% in the year leading up to November.