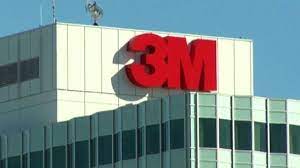 A judge has given preliminary permission to a $54 million settlement between 3M Co., a shoe manufacturer, and land and well owners in western Michigan who claimed their properties were harmed by harmful “forever chemicals.”

The substances fall under the PFAS, or perfluoroalkyl and polyfluoroalkyl substances, group. They have a long history of use in numerous industrial applications, are difficult to decompose, and can transfer from soil to groundwater.

In the class action settlement, roughly 1,700 properties are located north of Grand Rapids.

Scotchgard, a 3M waterproofing product used by Wolverine, a company with a variety of brands like Hush Puppies, Merrell, Keds, Saucony, and Chaco, was made using PFAS.

A class-action lawsuit was brought in 2017 against 3M and Rockford, Michigan-based shoe manufacturer Wolverine Worldwide.

There is no question that Wolverine habitually dumped sludge laden with chemicals in northern Kent County decades ago. PFAS are referred to as “forever chemicals” because to how long they persist in the environment.

3M said in a written statement that information on the amounts each firm pays is secret.

According to the business, “the agreement resolves claims on behalf of the proposed classes without the need for additional drawn-out and expensive litigation.” The deal, according to Wolverine, is an important step toward “doing the right thing for our community.”

The extension of public water to impacted neighbourhoods was part of a $69.5 million arrangement between Michigan’s government and Wolverine that was announced in 2019. According to Wolverine, that deal was mostly covered by the Minnesota-based 3M.