Reserves Auditor at Binance Stops Working With All Crypto Clients 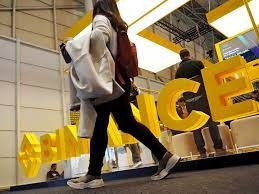 According to a story from Bloomberg on Friday, the French accounting company Mazars Group is ceasing all work for cryptocurrency customers. Mazars Group has performed proof-of-reserve audits for Binance and other cryptocurrency exchanges. The action is being taken as the industry works to restore confidence following FTX’s collapse.

According to Bloomberg, a representative for Mazars said the company will make a statement when it is appropriate and declined to make any more comments.

According to Bloomberg, which cited an email it had received from Mazars, the work halt for cryptocurrency firms is happening because there are signs that markets haven’t been comforted by the findings it has issued so far. The communication stated that the company was also worried about close media monitoring.

An audit of evidence of reserves tries to verify that the reported holdings of a company are truly present. Such work could include a location and history of a customer’s assets. However, proof of reserves reports are under investigation because, according to experts, they merely give a quick overview and do not disclose a company’s liabilities.

Mazars has created proof-of-reserves reports for Kucoin, Crypto.com, and Binance, among other cryptocurrency exchanges. Mazars assessed that Binance’s client bitcoin reserves have more than enough collateral in a report made public earlier this month.

Following the demise of cryptocurrency exchange FTX last month due to allegations that it mishandled customer money, the sector has hurried to undergo proof-of-reserves audits.

According to the Bloomberg story, Binance CEO Changpeng Zhao stated that the company hasn’t hired one of the so-called Big Four auditing firms because they “don’t even know how to audit crypto exchanges” in an interview with CNBC on Thursday.

According to Bloomberg, a website that hosted Mazars’ reports for cryptocurrency clients is currently inactive.