- Advertisment -
HomeNewsBusinessRight now, Adidas is in a mess, and it’s not only because...
NewsBusiness

Right now, Adidas is in a mess, and it’s not only because of the Kanye West fiasco 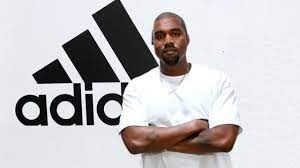 Adidas is currently a disastrous retail brand, and it’s not just because of its associations with the dubious musician-turned-designer Kanye West.

Adidas issued a statement saying, “Adidas does not accept antisemitism and any other type of hate speech.” “Ye has recently made remarks and taken acts that are unacceptable, dangerous, and against the company’s values of inclusiveness, respect, and justice. After carefully considering all options, the business has decided to immediately sever its relationship with Ye, stop making Yeezy-branded products, and stop paying Ye and his businesses. Adidas will immediately halt its adidas Yeezy operations.”

Adidas cut ties with West on Tuesday as a result of a slew of anti-Semitic remarks in recent weeks.

The breakup occurs in the midst of growing investor and social media pressure for Adidas to expand beyond Kanye West and its Yeezy collection. Adidas stock, already down 64% in 2022, kept dropping as West’s odd outbursts got louder.

In a recently published note to clients, Saad stated, “We see substantial risk around the Yeezy franchise.

When they break up, Adidas will have a large cash gap to fill: According to Evercore ISI analyst Omar Saad, the company’s yearly revenues from the well-known Yeezy line range between $1 and $2 billion.

Along with the West turmoil, Adidas is also entering the holiday season with operational issues as the world’s economies have slowed.

Adidas said in a statement that its updated outlook “takes into account a further deterioration of traffic trends in Greater China as well as a significant inventory build-up as a result of lower consumer demand in major Western markets since the beginning of September, which is expected to lead to higher promotional activity during the remainder of the year.”

As the company works through excess inventory and looks for a new CEO to succeed long-time boss Kaspar Rorsted in 2023, Evercore ISI’s Saad predicts Adidas shares will be worthless. “Adidas has been badly underperforming in China before and through the pandemic (China sales 55% vs. pre-pandemic levels vs. Nike 87%),” Saad said. “Adidas is more exposed to the garment market, which has seen a lot of the weak demand and inventory problems.”