Risks to US Financial Stability Could Develop, Cites “Dangerous and Volatile Environment” 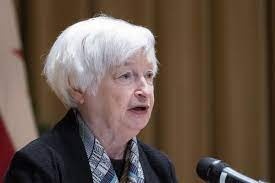 The United States could face challenges to its financial stability, according to Treasury Secretary Janet Yellen. She emphasised that the Treasury is “closely monitoring the financial sector, as global developments have led to greater market volatility,” noting that “Inflation remains too high, and we are battling with major global challenges.”

Yellen stated that the global economy is operating in a “dangerous and unpredictable environment,” which includes the rise in oil costs and greater turbulence on the financial markets, and that the following risks exist in the United States:

Following her speech at the Securities Industry and Financial Markets Association (SIFMA) annual convention on Monday, Secretary of the Treasury Janet Yellen fielded questions from the audience and raised concerns about threats to financial stability to the American economy.

Risks to financial stability may manifest.

In addition to discussing the American economy and inflation, Treasury Secretary Janet Yellen also spoke at the SIFMA annual meeting on Monday. She cautioned while recognising that “The U.S. economy retains tremendous strength”:

Because of the increasing market volatility brought on by recent global developments, Yellen continued, “We are actively monitoring the financial sector.” “The American banking system hasn’t caused any economic turmoil so far. Our system is resilient and keeps working well despite uncertainties as we continue to watch for new dangers.

We continue to face too much inflation and significant global headwinds.

“Global growth is sluggish. The horrible battle Putin is waging in Ukraine and the pandemic’s lingering impacts overseas have also contributed to an increase in oil and food prices. The treasury secretary stated, “Climate change continues to destroy communities, aggravating energy and food shortages in Europe and around the world. We are very aware of these concerns.