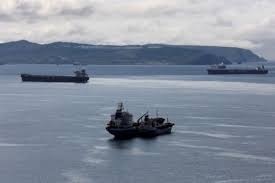 According to the proposed budget for the next three years, Russia’s finance ministry has drastically reduced forecasts for taxable oil production for 2023 in anticipation that Western sanctions will result in a general decrease in output and processing volumes.

Since Soviet geologists discovered reserves in the wetlands of Siberia in the decades following World War Two, selling oil and gas has been one of the key sources of foreign currency gains for Russia.

An analysis by Reuters based on the disclosed budget forecasts for excise duty and revenue from oil refining and exports suggests that the decline may be substantially greater.

178.2 million tonnes of oil shipments that are subject to export duties are anticipated, which is a 19.4% decrease from earlier estimates.

The finance ministry said in comments to Reuters that it based its calculations on the economics ministry’s forecasts of exports and other factors.

According to the statement, “the economy ministry’s prediction is based on an increase in overall oil exports, including an increase in exports eligible for tax relief, which is connected to an anticipated increase in production at fields that enjoy export duty relief.” The anticipated trajectory of Russia’s oil output has been revised, according to an addition to the draught budget that parliament must adopt. This modification was caused by a number of nations’ refusal to work with Russia in the oil industry and a discount on sales of Russia’s key exports.