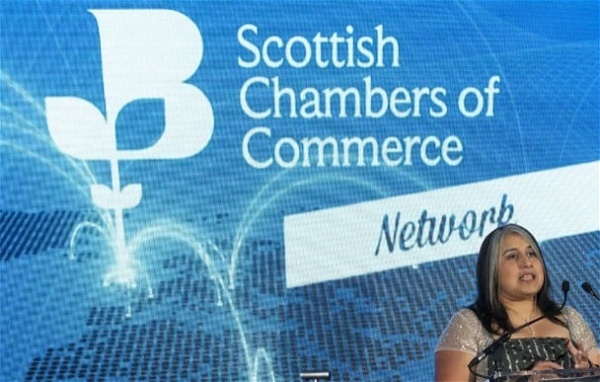 The rapid growth of the SCOTTISH space sector has reached a new milestone with the appointment of a highly qualified specialist to lead the industry representative.

Dr Hina Khan joins Space Scotland as the first CEO with over 25 years of experience in the space industry and with the intention of using her expertise to help drive industry growth and collaboration .

Having previously worked at NASA, the European Space Agency and a leading space data and analytics company, Spire, Hina has worked in the space industry throughout her working life and looks forward to wanted to bring a new perspective to the industry.

Space Scotland provides a single voice to represent Scotland’s collective industrial space community with the aim of facilitating, promoting and developing the sector within the UK’s broader space proposition.

Hina, from Glasgow, said: “Getting a lead role at Space Scotland has really been my dream and when I heard about the opportunity, I knew it was something I had to be in.

The industry-leading body includes 60 space companies, as well as academics and government officials, including Commerce Secretary Ivan McKee. Space Scotland’s vision is Scotland to be the best place on Earth to build a space business. It aims to help the sector meet its goal of contributing more than £4 billion a year to the Scottish economy by 2030.

“Throughout my career, I have helped many companies realize their ambitions in space technology, so much so that when I was offered the position of CEO, I could not imagine what’s better.

“I like to see my role as making sure that spatial capabilities are used by the people who need them as part of their infrastructure and for their business relationships. Understanding space technology can help us conceptualize the big picture and how space benefits our everyday lives, from farming to the energy that heats our homes. to just one phone call.

“The space sector in Scotland is a close-knit community that unites businesses at all levels. This means we can connect very quickly with decision makers to produce real and tangible results, which is a huge advantage. In addition to the CEO role, the Team Lead position at Space Scotland has also been taken over by space, health and energy expert Dr Natasha Nicholson, with other roles to be taken over over several months. next.

Hina added: “During the first few months of my role, I will focus on making sure we build a strong team so that we have the right people to drive our space strategy. we go ahead and do it in a practical way, making sure that our goals align with what the government wants to achieve. Funding for Hina’s appointment, as well as other roles within the organization, came from Enterprise Scotland, following an initial grant from the UK Space Agency to formalize the Scottish Space Cluster through Space Scotland .

Dr Paul Bate, Chief Executive of the UK Space Agency, said: “As the home of around a fifth of all space work in the UK, Scotland is an important part of the sector. our growing universe. “We funded Space Scotland because we recognize the important work they do to protect space, catalyze investment and create jobs. I want to congratulate Hina and Space Scotland for this nomination. Hina has a lot of experience and I’m sure she and her team will take Scotland’s space industry to the next level.

Daniel Smith, Director of Space Scotland, said: “Hina’s extensive space experience spans both business and academia, working locally in Scotland as well as internationally. This experience, combined with the relationship between the government and international space agencies, has really helped her stand out from the list of caliber candidates. “It is testament to the years of voluntary efforts by all representatives of Space Scotland that the organization has reached maturity when it has been able to secure the funding it needs to attract the likes of Hina and Natasha to respond. meet my needs. I look forward to the results of their partnership with our current President, Craig Clark MBE, and many of our members, to address challenges and capture industry opportunities.

“I would like to acknowledge the support of the Scottish Government and its agencies, as well as the UK Space Agency, in helping us build this foundation ahead of what I am certain will be a positive year. further pole for the commercial space, across the UK and globally. Originally named the Scottish Space Leadership Council (SSLC), Space Scotland was founded in late 2016 by a group of like-minded Scottish space industry professionals who realized the huge potential for the industry to thrive in Scotland.

The Council has hosted broader UK industry partners and organizes industry events and consultations focused on supporting and improving the UK-wide space proposition. They seek to provide a platform for representatives from industry, academia and government to work collaboratively, advance the field, and take a unified approach to common challenges through working groups such as the Environment Task Force, the UK Spaceport Alliance and the New Voices in Space.